Virginity testing. It just sounds bad, doesn’t it? Unpleasant, violating and humiliating. Just a few of the words that come to mind when I think about what it must be like to be subjected to a virginity test. You can probably guess what the whole point to the test it: to test to see if a woman or girl is still a virgin. Another way of looking at it is that it’s a test to see whether the female has had premarital sex.

Virginity testing is widely practiced throughout the Middle East, Northern Africa and a few other African countries. Although virginity testing has been a practice for a long time, it received the most attention during the Arab Spring, when Egyptian women protesters reported being given the ‘virginity test’ against their will by military forces after being arrested for protesting against the Egyptian government. For many women living in these areas, it is just a part of life. The testing process is completely invasive and not at all reliable no matter what method is used (there are a few methods that are used, and even the method that checks to make sure the hymen is intact doesn’t take into account that hymens can break from things other than intercourse).

So, who gets to order these tests and why? It’s not the choice of the women receiving the test, that’s for sure. The test can be used against women in a number of ways. In Egypt, it was a form of intimidation by the government against female protesters. In South Africa, it is a response against the fear of the HIV/ AIDS epidemic and is also a threat to women who are found to be virgins as some believe, inaccurately, that sex with a virgin will cure AIDS. In Iraq, men can even bring their new wives to court just by accusing her of not being a virgin. Failed tests, whether accurate or not, can lead to a woman being shunned by her family and stigmatized by society. These tests are particularly dangerous to women and girls given the high priority virginity has in Muslim society; sometimes leading to honor killings when a family believes that their unmarried female relative is no longer a virgin and thus has dishonored the family.

But, besides the fact that the test is flawed and invasive, the real issue is that virginity testing is a complete violation of women’s rights. While authorities who condone the practice say it is to help protect a woman’s purity, in reality it is just one more tactic used against women to keep them oppressed and unequal in the societies they live in. It is another tool that men and authorities can use to ensure that women do not have equal rights and have no control over their own bodies.

What can be done?

What can be done to help fight against virginity testing? Of course, one great way is to educate yourself on the issue and stay updated on news stories related to women being forced to receive the invasive practice. Raise awareness by telling your friends about it, share recent news stories related to virginity testing on your social media pages and blog. Find human rights based organizations, like ForceChange, to petition governments that use virginity testing to condemn the practice and promote better sex education.

The first featured image is from REUTERS.

The second featured image is from AFP. 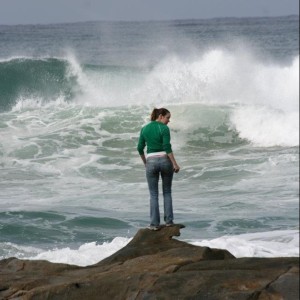