Prostitution has been defined as the world’s oldest profession for women.

Prostitution is something that occurs in every country, and it is not just a problem for big cities. It takes place everywhere. Not only on Friday and Saturday nights either. Prostitution is an operation, which is conducted also during weekdays and some buy sex during their lunch break. Some claim that prostitution is necessary and a reduction of prostitution may have direct negative consequences for society and is described as a safety valve. Furthermore, some people state that without prostitution we would experience an increased number of rapes and other sexual assaults.

A question might be whether this statement only is a lame excuse to let prostitution remain in societies?

Countries take different actions to oppose prostitution. The majority of the states in the United States of America have criminalized both parts; selling and purchasing sexual services. In Sweden and Norway it is illegal to buy sex but legal to sell, while some countries such as Germany and Netherlands have legalized prostitution completely.  Legal measures seem to be imperfect in order to help and empower the woman in prostitution. More so, since we live in a globalized world where borders between nations fade out e.g. the European Union, which inter alia facilitates for people to move for employment, union with family members etc. However, movement of people also means that the illegal trafficking increases, a more developed cooperation between nations is needed.

In 1998, the International Labour Organization (ILO) recommended countries to legalize prostitution in order to benefit from the revenues. Countries such as the Netherlands, Germany, New Zeeland and some parts of Australia implemented this. In comparison to Sweden and Norway that tried to oppose prostitution by criminalizing the purchaser of sexual services. The Swedish law on prostitution, enacted 1999, makes it illegal to buy sexual services but not sell them in Sweden. The aim with the law was initially meant to protect women who were involved in prostitution. In spite of the good aims of the law, does it truly help and contribute to better protection and support for women in prostitution in Sweden? The empirics, collected from organizations that work to support people with experiences of prostitution, demonstrate that the situation women in prostitution are facing today is more brutal than before this law was established.

According to a survey completed by Dagens Nyheter (one of Sweden’s biggest daily newspapers) there are approximately 300 women circulating around Malmskillnadsgatan, Stockholm (the area where street prostitution is located in Stockholm) offering their sexual services. Prostitutionsgruppen, Gothenburg, reported that every tenth man in Sweden has bought sexual services some time during his lifetime. These numbers are an indicator of the extent of prostitution and the problem Sweden faces today.

In SOU, the Swedish Government Official Reports Förbud mot sexuell tjänst. En utvärdering 1999-2008, it is reported that the ambition with Sweden’s legislation that criminalizes the purchase of sexual services, was due to the focus on women’s vulnerability. The main concern raised in regards to the implementation of the Swedish law on prostitution was that street prostitution would be driven underground. Consequently, the hidden operation would make it even more difficult to reach women in prostitution with support and necessary protection.

Although a decline of the purchase of sexual services, street prostitution has been more brutal and harsh since the customers have decreased and the competition increased.

Also, the woman is more likely to be required to accept certain things and obey the customer to do miscellaneous things they earlier did not have to. Women who have experienced street prostitution report violence as something always present and a part of their reality. Women inform that according to the customers themselves they also “buy the right” to use violence against women in prostitution.

Why is not prostitution or trafficking discussed more in society? It is a huge operation since 400-600 women are transported to Sweden to be abused/ exploited in prostitution every year, and politicians in Sweden do not see a connection between trafficking and prostitution…why is it so? 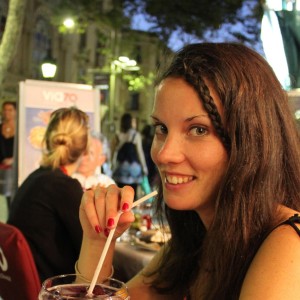 Maureen’s Story: What Young Women can Achieve Despite the Hardest of Conditions

Becoming a Peer Educator with Si Mujer Gave Me Confidence