BEHIND THE CURTAIN: ON UNREPORTED RAPES IN INDIA

While we came out on the streets to protest the rape of a 23-year-old woman named Nirbhaya who was gang-raped on a bus in New Delhi, India, a 15-year-old Dalit, or former “untouchable”  girl was being held captive in Dharauli village in Sultanpur district of Uttar Pradesh, and was repeatedly raped by a group of upper-class perpetrators.

While thousands of people gathered on the streets to revolt against those who raped and killed Nirbhaya, this little Dalit girl had no one to even report her case, let alone light a candle to support her.

And she isn’t alone.

A 16-year-old in Sonepat, Haryana tried to take her life by setting herself on fire after being raped by her uncle.

An 8-year-old girl was found floating in a lake in Bihar after being raped and killed.

That’s the number of rapes reported.

Ninety percent of the rape cases in India go unreported. Of every 10 women raped in India, nine are afraid to speak up against their perpetrators or do not have access to the social media.

Ninety percent of the rape victims aren’t as lucky as Nirbhaya was.

What we call a 21st century “social media boom,” fails to report the rapes of thousands of girls who have to bleed silently, to death sometimes.

“So, you got raped by your uncle? I’ll just ask him to pay for the abortion if you get pregnant and you can go back to work tomorrow. We haven’t eaten rice in three days.”

That was a response Promila got from her mother when she walked up to her one morning and told her she was raped and impregnated.

“We don’t complain against our uncles. They’re family and it’s against the rules,” said Promila when I asked her why she wasn’t seeking legal help.

She left me thinking. In a country as culturally and ethnically rich as India, we’re asked to abide by cultural norms or “rules” as we call them. Does that mean an uncle isn’t a rapist? Does that excuse you from the truth that you’ve been raped? Absolutely not.

Promila resumed her work the next morning. She washed clothes and she ran daily chores at my neighbor’s house. I watched her turn into a recluse who never spoke to anyone.

I called the police station one morning.

“We have no records for anyone under that name, Ma’am,” the officer told me over the phone. “No one exists by the name of Promila Das.”

I put the receiver down and cried.

How can you say you’ve been raped when you don’t even exist?

Majority of the members of the working-class in India aren’t registered citizens of the country. Legal help is for the “legalized.” What does one do when one isn’t even a citizen?

That brings me to my question. Is a person really dehumanized and not entitled to help if they don’t have a passport in their pocket?

Is it really Promila’s fault that she was an illegitimate child and that her parents didn’t issue her a birth certificate?

Unreported rape cases in India are a growing concern. The worst part about it is that no one knows where to start.

Young Dalit girls, who were once considered “untouchable” and “dirty”, are now raped on a daily basis. They make easy victims. No one really cares about them anyway.

Sex-workers are sometimes made to have sex against their will. They don’t call the police. It’s their profession, right?

It angers me when our politicians point to the laws protecting rape victims and tell us that we have the system in place.

There are no laws protecting victims of oral-sex, or those sexually-violated without penetration.

There are no laws protecting those who serve the country every single day, but don’t have the luxury of being called a citizen.

There are no laws protecting the thousands of Promilas in the country who have no choice.

Rapes behind the curtain might save the politicians some need for action, but we have to question the very basis on which humanity rests.

Are we really that afraid to draw the curtain and expose what lies behind it? 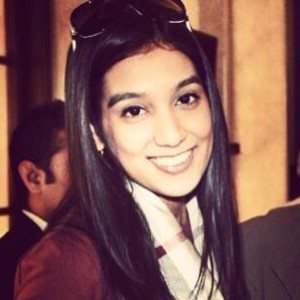