“Toronto’s Only Breastfeeding Boutiques.” Those are the words written on the window of Evymama, a Toronto-based maternity and nursing boutique. Founded six years ago by Sarah Lemay, Evymama is a space for mothers and expecting mothers to find the right products for their needs, ask questions in a supportive environment and access a diverse collection of resources.

When it comes to breastfeeding, in addition to a wealth of knowledge stemming from personal experience, the Evymama staff taps into Toronto’s network of professionals who specialize in lactation and supporting breastfeeding moms. The store offers nursing attire for women of every size and every comfort level, ranging from those who have no problem breastfeeding in public to those who prefer to be more discreet and covered.

It is not punishment to feed a baby. Breastfeeding shouldn’t be something you want to get over with in order to get back to wearing clothes you like. If you were fashionable beforehand, you can still wear pretty things while breastfeeding. ~ Carla Murphy, Resident Doula at Evymama

Throw into the mix Resident Doula, Carla Murphy, who provides advice and emotional support, and it’s easy to see why Evymama is, in fact, a breastfeeding boutique.

I had the chance to speak to Carla about all things breastfeeding; from stigma, to the factors that discourage moms from breastfeeding, to the importance of support and community when facing the aforementioned issues.

Carla started by giving me a little history lesson to put breastfeeding into both cultural and historic perspective. In the 18th century, formal portraits of mothers breastfeeding were a source of pride, showing that the mothers were feeding their own babies as opposed to using wet nurses. But the introduction of formula and the sexualization of breasts contributed to changing attitudes and stigmatization of public breastfeeding. When we talk about stigmatizing breastfeeding, it is important to point out that this stigma is almost exclusively present in North America. In other parts of the world it is simply understood that breastfeeding is the healthiest and most economically sound way to feed babies and doing so in public would garner no more attention than an adult grabbing a coffee on the run.

However, as Girls’ Globe blogger Emma Saloranta wrote in her post “Who’s Afraid of the Big Bad Breast,” it seems as though North Americans have sexualized breasts to the point where we have forgotten their primary purpose.

It is now widely accepted that breast milk is the most nutritious food for babies. That being said, moms should be free to make the choice that is right for them and their child. If you are not a mom and have never spoken to one about breastfeeding, you likely do not understand what a challenging decision it can be. Carla spoke at length about the difficulties some moms face: babies who won’t latch on, painful breastfeeding experiences, feelings of isolation and physicians who are not knowledgeable enough to offer the support and advice needed. Many women are discouraged from, or are simply unable to breastfeed because of these challenges.

Conversely, criticism of how a mother chooses to feed her child is not exclusive to those who breastfeed publicly. Breastfeeding attitudes are so much influenced by culture and class, that in some circles bottle-feeding your baby in public is a faux pas. Carla, a mother of three, shared her varying experiences with breastfeeding. One of which included having to pump and feed her son from a bottle because he would not latch on to her breast after months of trying. While out with him in her middle-upper class neighborhood, she received looks from mothers who assumed that she was feeding him formula. “I wanted to hold a sign that said ‘I’m bottle feeding breast milk!’” she says.

The struggles may be different, but they are real. When others attempt to police where, when and how a mother chooses to feed her child, they are actually asking the mother to put the comfort of strangers before the needs of her child and herself.

The most consistent theme throughout my discussion with Carla was the need for more support for breastfeeding moms. In Toronto, all hospitals with birthing units are equipped with free breastfeeding clinics. But beyond clinical advice, being a part of a community of moms who can share experiences, resources and support is invaluable. For a complete list of breastfeeding resources in Canada and abroad, visit the Newman International Breastfeeding Centre website. 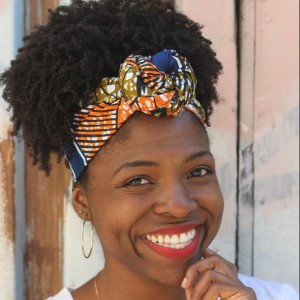