#SolidarityIsForWhiteWomen Calls for Solidarity of ALL Women

The Twittersphere has recently undergone a feminist backlash against former “male feminist” and Pasadena City College professor Hugo Schwyzer after his hour-long Twitter meltdown approximately one week ago. While Schwyzer’s uncensored tweets have inevitably ruined his reputation as a male advocate for women’s empowerment, his bluntness has more importantly initiated a renewed conversation centered on the feminist movement and its tendencies to alienate women of color.

“I feel a moment coming on. Because this has been a banner damned month for white feminists. #SolidarityIsForWhiteWomen”.

The #SolidaryIsForWhiteWomen hashtag has since been used as a means of “tweeting catharsis” for many. Frustration over double standards held against women of color have been cited by many impassioned tweeters. Many of whom have recalled past and present instances of feminism’s inability to recognize and acknowledge its ignorance and exclusivity of people of color.

According to The Washington Post’s “She the People” news platform, the battle of gender versus race has been rampant throughout the feminist movement since its beginnings from “the early days of the suffrage movement through the civil rights movement and, most recently, in the 2008 Democratic presidential primary, which pitted Hillary Clinton against Barack Obama.”

#SolidarityIsForWhiteWomen has allowed me to contemplate what labeling myself as a “feminist” actually entails. More importantly, the hashtag conversation has made me think of what others perceive to be my values as a self-proclaimed “feminist”.

I have realized two things about the complexity of labeling myself as a feminist:

As a feminist, I recognize that the empowerment of women cannot be achieved on the same grounds for all. I realize the complexity of how gender impacts lived experiences, but also, that it cannot be seen as separate from race.  The separation of the two is, however, the way history has delineated it for us and how society today perceives it as a result. The history of oppression and discrimination of black women is much different from that of white women, yet both are forms of discrimination nonetheless. In order for all women to succeed, different histories must be acknowledged to comprehend the status of how each is perceived in the present. From this understanding, we will then realize that the path towards “empowerment” is different for all women depending on our personal circumstances. The unique path to a woman’s empowerment is dependent on the solidarity of ALL women.

“Women’s issues” are not merely issues that solely affect women. For example, while domestic violence affects 1 in 4 women in her lifetime, I acknowledge the inarguable reality that domestic violence occurs to men as well. I am a hypocrite if I fail to acknowledge the broader implications of “women’s issues”. Why? Because the feminist movement itself evolved from society’s failure to recognize the broader inclusion of women; therefore, I must do what society has not done for me. Feminism must focus not only on personal gains for women, but on the broader positive impacts for society as a whole.

#SolidarityIsForWhiteWomen has made its message loud and clear: Empowerment for women isn’t as simple as it may seem because we all come from varying circumstances and histories that forcefully restrict us differently. While a one-size-fits-all solution is never clear, the first step is realizing the complexity of feminism in spite of a past and present that wrongly views it simply. 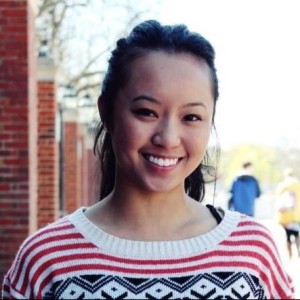