This week, as families across the United States sit down to their Thanksgiving meals, many pause to think of those less fortunate than themselves.  People like the millions of women and girls worldwide who do not have the luxury of being able to take a day off to celebrate with their families.

As those responsible for collecting water for their families, many women and girls in developing countries spend every day of the year searching for water, a task that can involve walking for miles carrying heavy water containers weighing 40lb, for up to six hours a day.

There’s no day off for Thanksgiving. Black Friday’s department store sales are unheard of. The online shopping frenzy of Cyber Monday? An even more alien concept. For many girls in developing countries, even school comes second to water collection. What good is education compared to the family’s survival?

The contrast between living without life’s most basic needs and sitting down to the traditional Thanksgiving fare of roast turkey and all the trimming is a stark one, and it’s something many Americans want to do their part to address. Enter #GivingTuesday, a rapidly growing movement to put the giving back into Thanksgiving.

It’s hard to believe this new national day of giving, the first Tuesday after Thanksgiving, is only in its second year. The movement has quickly captured hearts and minds, and firmly feels like a holiday tradition that’s here to stay.

The holidays are a frantic time in any household. As soon as the hustle and bustle of Thanksgiving family gatherings are over it’s time to hang the holiday wreath on the door, put the Elf on the Shelf, and of course bag a few Black Friday and Cyber Monday bargains.

After all that mayhem, who has time for a day of giving? In 2012, 50 million people did. That’s how many people took to social media to launch #GivingTuesday as a day to give back. It wasn’t just talk: across the country, #GivingTuesday’s 2,500 partner non-profits reported a surge in donations.

This year, more than 7,250 non-profits are participating in this national day of giving, and spinoff movements are popping up around the globe. Australia and Canada have signed up to join in the fun in 2013, as have many countries in Latin America and elsewhere.

#GivingTuesday offers people a chance to return to the true meaning of the holidays. Sure, most people get a quick buzz from finding the perfect pair of jeans for 75 percent off in the Black Friday sales, but the real fulfillment of the holiday period comes from spending time with loved ones, and taking time to reflect on the many things we have to be thankful for.

#GivingTuesday gives an opportunity to help other families enjoy the same things that we are thankful for, like the roof over our heads, the food we eat, and the clean water we drink.

WaterAid is thrilled to partner with Girls Globe on #GivingTuesday to raise awareness of the importance of clean water to women and girls around the world.  Join us for a Twitter chat at 1-2p.m. on December 3. To take part, simply tag your tweets with the hashtag #water4girls.

We’ll be talking about how safe water not only safeguards the health of the world’s poorest women and girls, but also empowers them with the equally precious gift of time.  With clean water close to home, women and girls have more time to go to school, work or perhaps enjoy a meal with their families instead of spending hours collecting water

Inspired to do more than chat about how life-changing clean water can be? Consider giving the gift of opportunity to women and girls in need by making a #GivingTuesday donation to WaterAid. It’s the one day of the year when your gift will be doubled by a long-time WaterAid supporter, who is just as determined as we are to make your money go twice as far when it comes to improving access to safe water, hygiene and toilets in the world’s poorest communities. 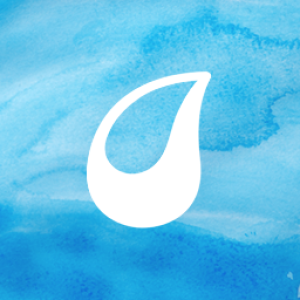