Harmful traditional practices (HTPs) exist in many different forms. These traditions reflect norms of care and behavior based on age, life stage, gender, and social class. While many traditions promote social cohesion and unity, others wear down the physical and psychological health and integrity of individuals, especially women and girls. Some of the major HTPs practiced in Africa include female genital mutilation (FGM), early/child marriage and son preference. These have received global attention due to their severe and negative impact on the health and well-being of girls. Efforts to alter or eradicate these practices are often met with suspicion or hostility from those communities practicing them, particularly when efforts originate from outside the community.

According to the World Health Organization, female genital mutilation (FGM), a procedure involving partial or total removal of the external female genitalia or other injury to the female genital organs for non-medical reasons, is practiced in 28 African countries. Cutting ranges from removal of the clitoral hood to its most extreme form, infibulation, involving removal of the clitoris as well as some or all of the labia minora. The labia majora are then sealed, leaving only a small opening to allow the flow of urine and menstrual blood. Infibulation is practiced predominantly in Somalia, the Sudan, and Djibouti as well as in some parts of Ethiopia and Egypt.


Between 100 million to 132 million girls and women now living have undergone genital cutting.

In some communities, FGM marks an important rite of passage into womanhood, in others it’s believed to guarantee virginity, curb female sexual desires, maintain hygiene, prevent promiscuity, and increase fertility. In most cases FGM is performed without anesthesia and one instrument is shared among all girls who are being circumcised at that particular time. This results into such consequences as sickness or death due to infection, hemorrhage, tetanus, or blood poisoning.

Unfortunately, many women are not aware that the health problems they experience later in life are FGM related and, as a result, problems go unreported. For women and girls, the distress of the procedure can cause long-lasting psychological and physical scars such as:

Child marriage is another major HTP in Africa. In many cultures, the tradition of marrying girls at a young age, often to older men, is very common. In such marriages, girls have little to no power and sense of self-determination. Those who marry early cannot stay in school and often have little motivation or family planning ability. They are deprived of their sexual reproductive health and rights. Some of these cultures believe early marriage guarantees a long period of fertility and that child brides may need a smaller dowry.

Females’ age at marriage is slowly dropping in Sub-Saharan Africa as young virgins, considered less likely to be infected with HIV/AIDS, are sought as child brides. Early/child marriage and childbearing are closely linked to low educational attainment, causing severe consequences for the health of both the mothers and their babies. For example, babies born to young mothers are up to 80 percent more likely to die within their first year of life than are babies born to mothers ages 20 to 29. Similarly, maternal mortality rates are twice as high for women ages 15 to 19 compared to those ages 20 to 29.

Early marriage is an increasing focus of reform for governments throughout Africa. While laws outlining minimum ages for marriage have been enacted in some countries, the laws often fail to prevent forced marriages of the very young. Legal limits on age at marriage typically apply only to unions lacking parental consent; however, marriages arranged by parents can involve children well below a country’s legal minimum age. This clearly shows that despite laws and policies being in place, implementation is still far much behind.

Preference for sons is still a powerful tradition that results in neglect, deprivation, and discriminatory treatment of daughters to the damage of their physical and mental health as well as female infanticide and prenatal sex selection. Son preference adversely affects girls through inequitable allocation of food, education, and health care. Male preference begins early in life. Parents with fewer resources may feel that it is more important for male children to survive and be educated as they will carry the family name. Girls in such settings are often fed after boys and receive food of lower nutritional value. Despite significant increases in the number of women who have attained at least seven years of education, there are far fewer females than males enrolled in secondary schools in many countries. This disparity between males’ and females’ access to education leaves women in lifelong positions of economic and social disadvantage.

Cultural traditions are powerful, and only careful efforts will alter or eliminate them.

Efforts to change harmful traditions are most effective when they originate within the culture that practices them. It requires the cooperation and understanding of community leaders, policy makers, and the people who have experienced or witnessed hardships these practices cause. Women’s groups, human rights activists, governments and international organizations must work together with traditional and religious leaders to most effectively advocate against such practices.

Governments, civil society organizations and the international community must put extra efforts towards the following: 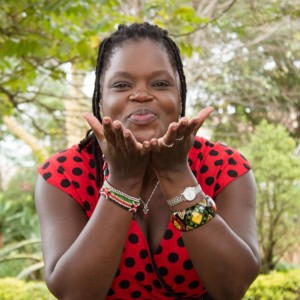