My Heroine for All Time: Beatrice Achaleke

This month we are celebrating women who inspire us!

So, I want to share with you the profile and bond I have with a very dynamic, dedicated and accomplished woman.

Beatrice Achaleke is World Diversity Leadership Summit’s (WDLS) strategic partner for Europe. Beatrice was also the Founding Executive Director of the International Center for Black Women’s Perspectives AFRA until its transition in 2006.  She is the initiator of the first Black European Women’s Congress in Vienna 2007 and current president of the Black European Women’s Council.

In 2008 Beatrice was the first black woman to stand for parliamentary elections in Austria. She was featured as the third most powerful and influential black woman in Europe, by the award-winning blog Black Women in Europe™: Power List 2010.

Ms. Achaleke has many years of training and experience in the fields of diversity management, intercultural communication, lobbying, networking, mentorship, anti-racism, migration and integration, minorities and community empowerment as well as development policies. She studied Sociology at the University of Vienna, Austria and Law at the University of Yaoundé, Cameroon.

Beatrice is a multiple award winner and has received the Official and Honorary Decoration of the Federal Republic of Austria for her commitment to Intercultural Dialog in September 2008.

In her own words, this short video tells us what motivates her in her daily work.

Beatrice is such a huge inspiration to me because she has shown me what hard work results in especially when you are not one of those children born with a ‘silver spoon’ in your mouth, i.e. children born into wealthy families and had their future and education planned out and guaranteed. Beatrice worked as an insurance agent to pay for her undergraduate studies and then worked as a volunteer in an NGO that advocated for women’s rights back in the early 1990s when NGOs were just being recognized and established in Cameroon. Beatrice went to Austria as a delegate of her NGO and stayed there. She worked, continued her studies and has become the woman she is today.

She has often involved me in her different activities and I remember working with her in 1998 when she organized a conference in Cameroon to mark the 50th Anniversary of the Universal Declaration of Human Rights.

When I came to Brussels last year, she gave me an internship with her consultancy and after 3 months, I was invited to Vienna to join the organization team for the 4th EDIC Conference. I also had the opportunity to attend one of those world famous Vienna Balls for my first time and it was thrilling!

In a world where there is so much discrimination of women, where there racism still prevails, it is not easy to lean in. I personally got to experience racism since coming to Europe and I was shocked. However, with inspiration from Beatrice and thoughts of what I represent and seek to achieve, I stand my ground and work harder. I can always count on Beatrice’s support and even in her critiques, she is humorous.

Beatrice is initiator of several award-winning projects in Austria. She appears frequently on different programs of the Austrian broadcasting companies including radio and TV, and is a highly booked speaker both at national and international levels. Beatrice’s recent speaking engagements include European Commission and EU Parliament conferences, and the UN Minority Forum.

She is the publisher of the book “Voices of Black European Women 1, challenges, reflections and strategies from the Vienna Congress”, Vienna 2009 and the Lagebericht Schwarzen Menschen in Österreich, Vienna July 2010 and several others. Beatrice is equally the initiator and conference manager of the World Diversity Leadership Summit Europe, www.wdls.eu.

Coming March 16th, Beatrice will be giving a presentation in Luxembourg on her latest book and on the topic “Embracing differences as a resource: are European countries ready for it?” I am going to be attending that presentation because I want to give Beatrice my modest moral support and above all continue learning from her. 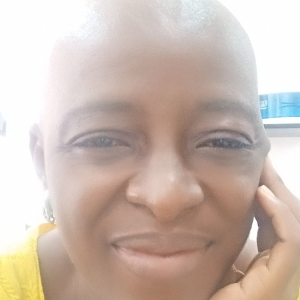