Uplifting A People and Place

Winnie Anyango lives in a modest apartment on the outskirts of Nairobi. Concrete floors and walls are softened by brightly colored paint. Handmade doilies line her furniture, a popular way of decorating in Kenya. A corner of the living room is dedicated to her worship. Pictures of Jesus and Mary sit atop a table, holy water and rosary beads next to them awaiting one of Winnie’s daily prayers. Water runs from her sink, and although it is unsafe to drink without purification, she considers herself lucky to have such an amenity in her home.

Winnie’s modest lifestyle is not what one would expect when you consider what she has accomplished in her lifetime. The mother of eight, she was determined to give her children a better life. Winnie ensured that all of her girls and boys attended primary and secondary school. While raising her children, she was struck by the incredible violence that women faced. When a young woman was found dead on her family’s doorstep, brutally killed nearby Winnie’s home, she became emboldened by this gruesome act.  She enlisted her husband’s support and founded Dolphin Anti-Rape and AIDS Control Outreach, a Kenyan NGO that provides free self-defense training to women and girls.

My dream is to educate people in as many places as possible in Kenya, Africa and throughout the world. -Winnie

We came to learn this about Winnie while our founder was conducting research on bottom-up approaches to social change in Kenya. Utilizing participatory photography, she gave women, including Winnie, cameras and asked them to take photographs of their lives and write captions to accompany them. Rather than being the subjects of the photos, these women became the creators, playing a more significant role in shaping the meaning associated with each image.  Common themes emerged from the narratives and photos, and what was learned was that these women believed that the greatest obstacle in their life was access to the economy. They wanted to “stand on their own two feet.”

Armed with this knowledge, our founder turned to Winnie, who had become a trusted friend and colleague, and asked for her advice on how to proceed. It was through a series of e-mails that the decision was made to work together to create a community-based micro-lending program with the women who participated in the photography project. Winnie was instrumental in this process through collecting feedback from the women, organizing meetings, and providing valuable insight. Together, we co-created what is now Zawadisha, without even knowing what the future was going to hold for us. This first group who received loans from Zawadisha named themselves Tuinuane, meaning “uplifting each other.”

I love to work with new women, create, and build connections, strength, and empowerment. -Winnie

Over the last few years, this group has grown to 16 women, all of whom have received multiple loans to start and then maintain their businesses. They say the greatest rewards from receiving their loans are increased independence, ability to make decisions in the home, and the capacity to provide for their families for the very first time. Winnie has continued to lead Tuinuane, organizing monthly meetings, assisting with financial literacy, and providing Dolphin’s self-defense training.

Mother of eight, founder of Dolphin, and leader of the Tuinuane solidarity circle, Winnie has dedicated her life to improving the

status of women. Too many times when we hear stories of success from the places in Africa we often see images of Western women and men who have started initiatives and made a positive impact on the lives of the poor.  At Zawadisha, we want to recognize the local female leaders who have built our organization. Without women like Winnie, we would never have made our first loan or taught our first workshop. She is a visionary whose relentless pursuit for justice and equity has fundamentally changed the lives of women around the world. 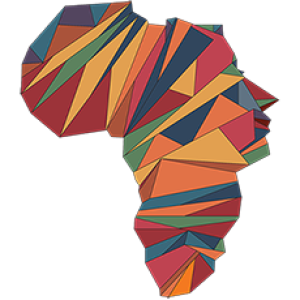