In the 1990s, the world looked very different. Forty-three percent of the world lived on less than $1.25 per day, a new wave of feminism was just gaining traction, and girls were kept from attending school in greater numbers than they are now.  In 2010, the amount of people living in extreme poverty dropped to 21% and leaders such as Malala Yousafzai are advocating the importance of female enrollment and attendance in school.

The creation of the Millennium Development Goals (MDGs), a set of goals that address poverty, maternal health, education and the environment, planted a new seed for hope. Leaders, governments and organizations agreed upon these parameters, and collaborated to work towards success. At the UN Millennium Summit meeting in 2000, the space and language for a new paradigm was born.

At the same time, I was wrapping up elementary school. My earliest memories of global interconnectedness are Flat Stanley and September 11, 2001. Flat Stanley is an elementary school project in which students color the paper character, and send him to students in other countries or with family members on vacation. My grandparents visited China during the project so I wrote about Stanley’s immersion into Chinese culture and presented it to the class.

Then, the attacks on September 11th served as my first introduction to how decisions on the other side of the world can impact my life in the United States. As a 5th grader I was unable to immediately grasp the enormity of the day, but I started to understand that something bigger than anything I’d experienced before was in the works.

Unbeknown to me, the birth of the MDGs also happened at this time, and a shift in the global consciousness was underway. Fourteen years later, conscious citizenship has become part of the paradigm. Young people are interested in the corporate social responsibility sectors of major corporations, social entrepreneurship is on the rise and women have more opportunities to work as global change-makers. Since 2000, countless organizations with one or more MDGs at their mission have been created and media outlets, such as Girls’ Globe, operate to raise awareness of global injustices.

With less than 500 days left until the original deadline of the 8 goals, those organizations working towards MDG success are reevaluating their work and vocalizing their interest in a new framework. There are many debates about what MDG success looks like and if it can be achieved. Additionally, campaigns such as #Commit2Deliver and #MDGMomentum are currently serving as platforms to host dialogue and ensure accountability towards the goals. But as someone invested in the success of MDGs 3, 4, 5 and 6, I sincerely believe that although we’ve come up short on the initial metrics supporting women and children, these goals are a huge success.

Since 2000, tangible work has been done to improve the health and rights of women and children worldwide and I hope it never stops. Improving women and children’s livelihoods is no longer only a concern of international relief agencies and is operating beyond a 15-year timeline. Articles about female Ebola patients are alongside those of corporate mergers in our news feeds. There are now entire sections of online magazines dedicated to “the sexes,” “women,” and “impact.” Bestselling books are written by women and discuss feminism, poverty, workplace inequalities, and maternal health.

Technology has enabled the international community to become interdependent in the execution and success of the MDGs. We’ve learned the power of collaboration and are steamrolling with the momentum of increased knowledge and awareness. As a young person, I will continue working for the day when all girls are in primary school and all women can confidently say they feel equal in society, but I don’t think it’s a failure that it will not happen in 2015.

The MDGs are more than a set of specific metrics; they are a space for dialogue and shared goals across continents and sectors.   I was shaped by an interconnected millennium and am part of a generation fueled with a language of justice, equality and hope. If we use the first 15 years as a springboard for shaping the next 984, the Millennium Development Goals will remain an intrinsic success.

Keep up with the latest developments for women and children by following the #Commit2Deliver campaign.

Don’t forget to #ShowYourSelfie, and remember that your voice as a young person matters when discussing the development of our future! 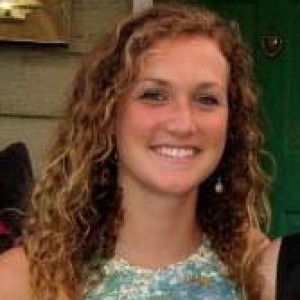