Iraq is opening a new chapter of violence and instability with women and girls pitched in the middle of this defining battle for its future. In the Islamic State’s (ISIL) extremist ideology they represent symbolic chattel to fulfill ISIL’s practices of sexual slavery and forced marriages to IS militants. The international community must coordinate their efforts with local women’s organizations to more proactively put the needs, protection and rights of women and girls in Iraq on their radar for immediate action.

Last month, the Obama administration authorized strategic airstrikes against ISIL. However, this limited response has not adequately recognized the violence inflicted against Iraq’s Yazidi minority group. Iraqi Kurdish MP of Yazidi faith, Vain Dakhil, has given an emotional appeal for the rescue of Yazidis by the international community after witnesses reported around 500 women and children were buried alive in mass graves. Yet military intervention, sporadic and uncommitted, has provided only limited assistance and Obama’s latest statement delivered fleeting reference to the devastating violence perpetrated against women by ISIL.

There has been a constant stream of women and children fleeing the ISIL advance, with many seeking refuge at Mount Sinjar. Many are pregnant or young mothers who are in need of urgent medial care and reproductive assistance. Fleeing for their lives, they have been left weeks without food and water. UNICEF has reported that at least 56 children have already died as a “direct consequence of violence, displacement and dehydration.”

Long before this, ISIL has been kidnapping women and girls for their own sexual gratitude and to enforce a religiously- homogenous society, stepping closer to a Caliphate state. Iraq’s Human Rights Minister, Mohammed Shia al-Sudani, has confirmed that ISIL has captured at least 300 Yazidi women and taken them hostage inside a police station in Sinjar. There are now known to be three further sites, a school, cinema and sports center, were the women have been held captive. On their capture they are separated according to age, with the younger and prettier women and girls being singled out as brides for ISIL fighters if they convert to Islam. Those who resist are beaten or killed. The marriages are but fig leaves to legitimize wide-spread rape of women and girls. Under ISIL mentality, once they have served their purpose, they are passed on to other militants.

It’s now estimated that at least 1,500 women  have been captured by ISIL since the fall of Sinjar and more than 3,000 are missing across Iraq. The exact number is unclear, but the Sinjar Crisis Group, an organization founded by Yazidi activists in Washington, has compiled a list of 1,074 women reported by their relatives captured by ISIL with hundreds more added each week. Many are feared to have been trafficked into Syria as sex slaves.

Not relying on government and international action, local women’s organizations are mounting a campaign to protect vulnerable groups. MADRE and their sister group the Organization of Women’s Freedom in Iraq (OWFI) are continuing to mobilize an emergency response by establishing women’s shelters and escape routes within ISIS territory and providing psychological care to women who have fled their homes or escaped sexual slavery.  In addition, they are delivering essential gender focused emergency humanitarian aid in Baghdad, Karbala, Samarra and Hawijah. Both the organisations and their allies are advocating for a human rights response to the crisis and protection to human rights activists.

Now is the time to vigorously enforce pledges made during the Global Summit to End Sexual Violence in Conflict. Local women’s organizations monitoring the situation on the ground need more support and assistance from the international community. The conflict has not only shone a light against the persecution of women, it has provided greater understanding of the essential work civil society is playing in safeguarding women and protecting their human rights. Without them, women would be left open to the untold horror of ISIL. The situation unfolding in Iraq demonstrates how women continue to be pawns in a war committed and brokered by men. The international community must recognize and act upon the need for gender-based humanitarian assistance programs for women and girls to reflect the gendered nature of the conflict. 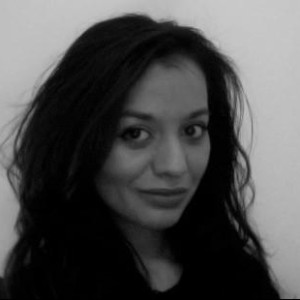