Global Citizen Festival 2014: The Finale to UNGA and the Road Ahead

At the end of the 69th session of the United National General Assembly (UNGA), one message rang clear: there is much more work to be done. Luckily, we are at a time of great momentum, where youth voices are speaking louder than ever, demanding their most basic human rights and a seat a the table to develop the post-2015 development agenda.

On Saturday, the third installment of the Global Citizen Festival was held on Central Park’s Great Lawn, attracting around 60,000 attendees. Created by the Global Poverty Project, the festival’s mission – to end global poverty by 2030 – is shared by attendees, as ticketholders must earn their spot through online activism such as sending tweets, signing petitions, or sending Facebook messages.

This year delivered not only with big name performances – Jay Z, No Doubt, Carrie Underwood, the Roots, Fun., Tiesto – but with powerful speeches and political announcements from world dignitaries and President Barack Obama (pre-recorded). Celebrities like Hugh Jackman, Dianna Agron, and Zachary Quinto shared the stage with Queen Silvia of Sweden, Prime Minister Narenda Modi of India, Prime Minister Erna Solberg of Norway to speak of global poverty, and epidemics like Ebola, HIV, poor sanitation, and access to clean water.

In partnership with the World Bank, the festival has helped commit $2.9 billion to save 500,000 lives by 2015, part of the World Bank’s global pledge of $15 billion to improve sanitation and access to clean water. Leaders from Sweden, India, and Norway also added to the pledges throughout the evening.

The Global Citizen Festival capped a week where more than 140 world leader converged at the United Nations to discuss climate change, partnerships, the empowerment of women, and which targets will replace the Millennium Development Goals when they expire in 2015. And while it was certainly a celebration, it did not take more than a few moments in the audience to recognize that much more work lay ahead.

The crowd – majority young people – could be found sitting, texting, or talking when speakers were on stage, often only paying attention when musicians were performing. In fact, some speeches and announcements were barely audible as the audience turned their attention off stage. The words, “Ladies and gentlemen, President Barack Obama…” was greeted with boos and sighs when it was realized the President was not in attendance but rather giving a pre-recorded speech. Even celebrity and activist Olivia Wilde noted, “no one’s paying attention,” when trying to speak of the 22 million children who don’t have access to vaccinations.

In order to be the generation the end global poverty, there is more work ahead. We must go beyond Facebook posts, re-tweets, and online pledges and commit to real activism. While visual petitions like the #ShowYourSelfie campaign have proven to be successful at raising awareness for world leaders that the needs and rights of young people must be a priority in the post-2015 agenda, we must engage youth even more to become active beyond their mobile phone or laptops. We must look to the powerful young leaders who are out there raising their voices with inspiring ideas to end poverty and ensure a brighter future for the next generation. Rather than be accused of “slacktivism”, young people must continue to stand up for what they deserve and want in their future. Theirs is the only voice that can inspire real change amongst policymakers and world leaders. As was a common saying at UNGA, “Nothing about us without us!”

Raise your voice for sustainable development with these resources: 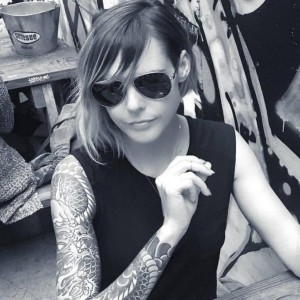 Urban Farming: Regeneration in our Cities

Girl Up Initiative Uganda and the SDGs: Youth Perspectives

Young Leaders Learn and Share at the Global Citizen Festival