Why does menstruation matter?

We used to call menstruating girls and women ‘untouchable,’” Sita, 12, told us after participating in a Her Turn workshop. In her community in rural Nepal, women and girls are traditionally considered impure during their periods. When Sita got her first period, she had to stay home for 11 days. She couldn’t go to school, or even touch a book.

Sita’s situation is common in much of Nepal. A recent study from 15 districts revealed that 95% of adolescent girls follow some form of restriction during their periods. Practices vary by community: some girls can’t go to school or participate in religious rituals. Others endure a more extreme form; they are forced to sleep outside in huts or animal sheds, a practice called chaupadi.

Menstruation doesn’t affect access to education only in Nepal. Girls around the globe miss school during their periods, or drop out altogether. In Sierra Leone over 21% of girls are absent from school when menstruating; in Nepal and Afghanistan the figure is close to 30%. In India 23% of girls aged 12-18 drop out of school entirely after their periods begin; those in school miss an average of five days a month.

Because this normal body function is so taboo in much of the world, stigma alone keeps girls out of school. They fear harassment from boys and the embarrassment of a leak. Teachers themselves may not know enough about puberty and menstruation to teach their students. In one Nepali school, a 15-year veteran health teacher told us he knew nothing about it before reading our Girl Guidebook. In this atmosphere of silence and shame, girls have nowhere to learn about menstrual hygiene – in one study 80% of girls in Burkina Faso and Niger were scared at their first period.

Traditions and stigma are only part of the problem: A school sanitation crisis afflicts the developing world. In the least developed and low-income countries, only 45% of schools have adequate toilets. In Tanzania only one school toilet in a hundred has soap. In Nigeria, 600 students have to share one toilet. In Nepal only 36% of schools have a separate toilet for girls. Sita’s school didn’t, which is part of why she used to miss school every month.

In the developed world, we take pads and tampons for granted. In poverty stricken or remote locations, girls rarely have access to these supplies and make do with simple cloths. But to keep them clean, a girl needs access to a clean and private toilet, with soap, a necessity that many girls lack. Some alarming reports indicate that half of adolescent girls in Kenyan slums trade sex for pads.

So imagine being a 10-year-old girl in a developing country. Nobody explained to you what will happen during puberty. You’ve seen boys laugh at girls during their periods. When yours comes, you have no private, safe toilet to use at school. You can’t afford pads, so you use cloths. It’s hard to keep these clean, and to make sure nobody sees them. You still don’t know what is happening with your body, just that nobody wants to talk about it and that you are now considered ready to marry. Keeping up with school gets harder because now, every month, you miss several days, too ashamed that someone will find out. You eventually drop out, are married off, and know you no longer have life options.

This is the grim reality of too many adolescent girls; it needs to change. An integrated approach, already adopted by many organizations, has to be the norm in policy and programming. To keep girls in schools, the construction of girl friendly – safe, private, hygienic, and separate – toilets must be accompanied by programs that raise community awareness and knowledge of menstrual hygiene, make menstrual materials available in schools, and appropriately change the school curriculum.

And changes are happening. A growing number of initiatives locally produce affordable reusable pads – one in India sells production machines, instead of just pads, to women’s groups across the country. Last May the international development community celebrated the first Menstrual Hygiene Day – a great sign that organizations are becoming more aware of the issue. This November, we’ll host a month of action through Day of the Girl Summit to talk openly about menstruation (look for our campaign on Twitter with the hashtag #PointPeriod).

We too have witnessed inspiring changes in own work – the subject is no longer taboo for over a thousand girls with whom we have worked. When a boy in health class in a rural Nepali school asked about menstruation and the embarrassed male teacher went silent, one alumna of our workshops raised her hand and explained it to the class. Our participants educate their mothers too – like a mother who told us she worried every month about how much blood she lost, until her daughter quieted her fears.

But a lot still needs to be done to break the taboo. This is not just a women’s issue; girls’ education is everyone’s issue. We now know the cost of not educating girls. As we fight to end barriers to education like child marriage, and celebrate Day of the Girl worldwide for the third time, let’s not forget that a healthy body function can also hurt girls’ education. It’s time for change.

Learn more about the importance of menstrual hygiene on Girls’ Globe. 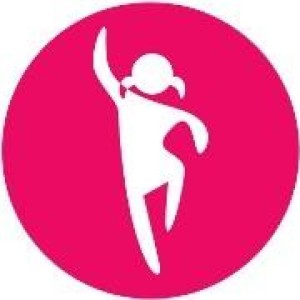 We Need to Talk About Periods in a More Inclusive Way

Why We Need an Integrated Response to Period Poverty in Pandemics

Why Menstrual Products Should be Free for All