Women and Girls at the Center of Policy Change

Teresia Otieno, from Kenya, was 26 years old when she was forcibly sterilized. Health workers decided for her that because she was living with HIV, her right to freely decide the number and spacing of her children did not matter.  Therefore it should be taken away – permanently. Today, Teresia is an unstoppable activist for the rights of women living with HIV, insisting that policy makers respect, protect, and fulfill the human rights and dignity of women living with HIV, especially when it comes to reproductive decision making.

For more than a decade, Justine Masika Bihamba has been fighting for the rights of women and girls raped in the Democratic Republic of Congo. Because of her tireless efforts to seek justice for survivors of rape, her own family came under attack in 2007 and to this day she faces death threats. She is the founder and executive director of Women’s Synergy for the Victims of Sexual Violence (SFVS), a Congo-based coalition that advocates for women’s rights and fights the use of rape as a weapon of war. When it comes to caring for survivors of rape, Justine speaks out for women and girls and for the comprehensive post-rape care they must have access to:

“Especially for a young girl who is just starting her life, faced with this unwanted pregnancy . . . we must support safe abortion for cases of rape in conflict situations.” – Justine Masika Bihamba

The lives of Teresia and Justine exemplify the resilience of women around the world.  While they work tirelessly to advocate for the health and rights of women and girls within their own countries, they are also speaking out to global policy makers and international donors, like the United States, who exert an extraordinary amount of influence on aid-recipient countries in the global south.

Teresia’s and Justine’s voices – and those of women like them across the globe – must be at the center of political discourse and decision making around global health and development. The Center for Health and Gender Equity (CHANGE) brings these women leaders together with the decision makers who guide U.S. foreign policy and assistance.

Through the work and stories of women like Teresia and Justine, these policy makers better understand the connections between reproductive health, HIV, violence, and human rights and the importance of advancing women’s health and rights holistically. By listening to them, policy makers can get essential feedback. If global health and development strategies do not meet the needs of Teresia and Justine, and the women and girls they serve, we fail.

As national and world leaders deliberate over a new development agenda for a post-2015 world, it is critical that they bring to the center of these deliberations the lives of women at the margins – women living with HIV, women raped in war and conflict, adolescent girls who are forced to marry – and strongly affirm their human rights in the post-2015 development goals.

We must also invest in women-led organizations that defend women’s human rights.  Without investing in female human rights defenders like Teresia and Justine, gender equality remains an unfulfilled promise. The Global Fund for Women and other woman-centered funds such as Mama Cash, FRIDA Fund, Urgent Action Fund for Women’s Human Rights, Astraea Lesbian Foundation for Justice, among others, are critical to ensuring that women-led organizations succeed in changing laws and policies that promote gender equality and human rights globally. 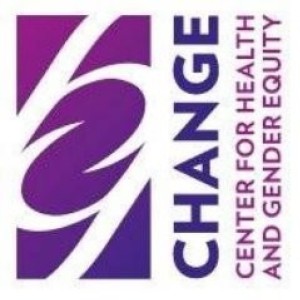