Many of us look forward to the holydays – to lighting candles, traditional food and spending time with friends and family. But the higher economic burden following the mandatory spending on food, gifts and decorations and the pressure of living up to the perfect-holyday-expectations put strains on the household. The risk of domestic violence is higher during the holyday season and for women already experiencing violence at home, the holydays bring with them a promise of increased plague.

Numbers presented by UN women reveal that one out of three women worldwide have experienced physical or sexual violence, mostly by an intimate partner. In some countries the numbers are as high as 70 percent. Violence against women is an urgent global problem.

Whether or not domestic violence occurs in your home or in any other home you know about, gender based violence is your concern.

The reason is simply that gender based violence (GBV) is not just violence but rather gender based. It’s a kind of violence that belongs to the social structure of male hierarchy and is used to keep women in an inferior position to men. On International Women’s Day in March, I marched through Beirut, where I lived, with almost 8,000 people in protest against GBV, after several young Lebanese women had been killed after being exposed to violence by an intimate partner. The organizer of the parade, NGO Kafa (Arabic for enough), published a study on the effects of socialization on gender based violence and discrimination.

The study included 273 men, age range between 18 and 75, they differed in religious affiliation, marital status, level of education, working conditions and resided both in urban and rural areas.

It showed that gender roles are social constructs that are propagated by parents during childhood. Male adolescents were expected to be strong, like their fathers and to control and protect women. Parents reinforce such gendering by, on the one hand, being proud of boys when they are tough, strong and brave, like a “man” and on the other hand by being proud of girls if they were obedient, beautiful and helped with household chores.

The research also revealed that as an adult, the man often perceived his role to be the provider for the family, a decision maker, an authoritarian, a protector, who is powerful and strong, and who punishes his family members when they make mistakes. Some men find they are pressured by their society to fulfill that role, and as a result they consider themselves to be victims. At the same time, however, most of them enjoy the power that this role provides.

Put your gender glasses on

You have a chance to join the struggle for a world free from GBV every day. I suggest you start now. To challenge unhealthy gender roles we must all be involved. Whether it is actually your holiday season and whether you are off work or not; pay attention to how you treat your sons and daughters, how you treat your neighbors’ sons and daughters, how you address the men and women in your nearest shop and how you perceive advice from men and women.

There is a plethora of organizations and groups focusing on spreading information and advice about GBV. The World Health Organization and UN Women have information in various languages and VAWnet includes links to organizations active in different communities, such as specific religious or ethnic groups. You can involve yourself in the activities of grass root organizations, check out for example Equality Now that seeks to protect and promote the human rights of women and girls all over the world or INCITE! describing themselves as “Women, Gender Non-Conforming,and Trans People of Color Against Violence”. 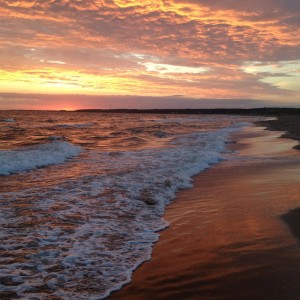