In villages in southern Laos, breastfeeding mothers are as ubiquitous as thatched roofs and playing children. In my time among villagers, I have never seen a breastfeeding mother cover up or go inside to continue feeding. Breastfeeding stigma seems non-existent. On front stoops and in gathering places, babies get their fill, comfortably ensconced in slings or resting on laps.

This freedom to feed however, isn’t reflected in Lao’s exclusive breastfeeding rates: just 39% of babies benefit from early initiation of breastfeeding and only 40% are exclusively breastfed until 6 months.

With child mortality rates in Laos among the highest in the region – nearly 79 deaths per 1,000 children under 5 – the government has taken measures at improving child survival.  One such initiative is a joint Lao government-UNICEF program to promote exclusive breastfeeding.

In a 2012 presentation on the progress of this joint program, Dr.Khamseng Philavong from the Lao Ministry of Health tied breastfeeding to improving child survival:

“Evidence indicates breastfeeding as the most important preventive intervention with potentially the single largest impact on reducing child mortality.”

Given that breastfeeding is common practice and the government is promoting it why isn’t exclusive breastfeeding the norm in Laos?

One reason, according to the nurses we work with, is that there is a long tradition of feeding pre-chewed rice to babies as early as the first week of life.

A study by Kaufmann et al found that pre-chewed rice was given to 20-48% of Lao infants in the first week of life.  There is a belief that breast milk is not enough – that supplementation is needed.  While rice has long been the traditional addition to a baby’s diet, the marketing of breast milk substitutes is proving effective in urban areas.

The consequences of supplementation seem to be significant. According to another study, the practice of supplementing rice is tied to Laos’ high rate of stunting (low height for age as a result of chronic malnutrition) which stands at 44 %.  In Salavan Province where I work, stunting affects 54 % of children under 5, one of the highest rates in the country.

So what can be done to promote exclusive breastfeeding?

My organization, CleanBirth.org which works to promote safe birth, trains Lao government nurses to promote the WHO’s breastfeeding strategy among their families. This includes:

The local nurses understand the efficacy of exclusive breastfeeding. They have told us that they believe that with education, families will eventually move away from supplementation.

This type of education is essential because when parents understand how to properly feed their children, children survive and thrive. 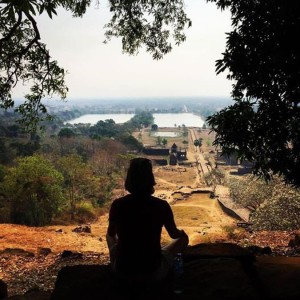