From MDGs to SDGs: Stepping into the World We Want

In Africa, there is a common phrase that says, “When the drummers change their beat, the dancers must change their steps.”

In September, the Sustainable Development Goals (SDGs) are set to be adopted by Heads of States at the United Nations General Assembly (UNGA). This meeting will bring together developed and developing countries, politicians, private sector leaders, civil society organizations, faith groups and others to adopt a set of 17 goals that aim to  take forward the job that the Millennium Development Goals (MDGs) set in motion by intensifying action to empower the poorest and the hardest to reach. Will the global community be dancing to a new beat that will truly be transformative and have a positive impact on the lives of women and girls or will the new development agenda play out like a broken record?

The following are a few reflections of the proposed 2030 agenda:

Looking Back – What Worked

The MDGs have been praised for being useful tool in providing benchmarks for the achievement of special development gains, for priority setting at country levels and for mobilizing stakeholders and much needed resources towards common goals.  However, the MDGs were created through a top down process where Member states came together and formulated a set of development goals through a process that was dubbed a ‘donor driven agenda’. The SDGs have been far more consultative process where women civil society groups such as the Women’s Major Group and Post 2015 Women’s Coalition have been actively involved in negotiations around developing this new global agenda. What this meant was that the “missing” voices, aspirations and realities of feminist, human  rights, environmental and social justice movements’ were heard and considered alongside Member states in the framing of the new development agenda.

The main lesson learned in the (under) performance of the MDGs was the lack of a rights based approach. Sadly, the SDGs equally missed out on a historical opportunity to infuse this critical element that would have contributed to a truly transformative development agenda. For example, the MDG 5 that relates to reproductive, maternal, adolescent and child health is the most off-track in term of progress with the global community far from achieving it. However, the new agenda fails to raise ambition by re-affirming that sexual and reproductive rights are indeed human rights. Notably absent from a young woman perspective is that the  SDGs fail to recognize the necessity of providing comprehensive sexuality education to all young people, in and out of school. For the development agenda to improve reproductive health outcomes, policymakers and practitioners need to draw on a growing evidence base in this field. Most importantly, sustainable development can only occur when women and girls have the right to control all aspects of her sexuality, including her sexual and reproductive health, free from violence, discrimination and coercion.

Looking Up – What Promises To Work

Gender equality, human rights and the empowerment of women and girls remains a critical driver to the achievement of the sustainable development goals. As in the MDGs, the SDGs have retained a standalone goal on gender, Goal 5: “Achieve gender equality and the empowerment of women and girls” This particular goal goes beyond MDG 3, which focused on parity in education, political participation and economic empowerment, and targets to end all forms of violence, discrimination, early and forced marriage and harmful practices against women and girls and universal access to sexual and reproductive health and reproductive rights. Gender equality has further been addressed in other goals such as the goal on equal rights to education and life-long learning, to decent work and equal pay for work of equal value; goal on inequalities within and between countries; the goal on peaceful inclusive societies and the goal on Means of Implementation (MOI). Care economy, paid or unpaid work, which tends to rely on women and girls’ cheap or invisible labor has also been recognized in the SDGs.

Unsustainable development and inequality and/or the violation of the human rights of women and men are closely linked. In fact, they are two sides of the same coin. The disproportionate impact of poverty on women and girls is not an accident, but as a result of systematic discrimination. Until and unless the underlying deep rooted problems that prevent women and girls from escaping poverty are tackled, progress towards the proposed agenda will merely remain a pipe dream. The MDGs failed to address this which resulted in uneven performance of the goals. Still, poor past performance should not hold us back from future action.  The post 2015 development framework remains a major development milestone and a potentially positive agenda waiting to be implemented by the international community. With strong political and financial commitment and gender equality, women’s human rights and women’s empowerment at its core, the 2030 Agenda shall be realized. Ultimately, advancing the rights of women and girls is not just the most effective route to achieving the Sustainable Development Goals (SDGs). It is also a moral obligation. 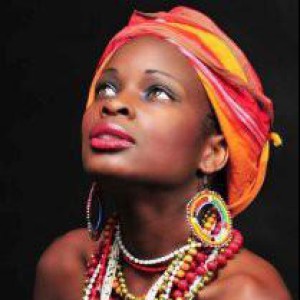 Mexico’s Glitter Protests are a Movement Against Violence