17 Ways to Support Grassroots Change Led By Women and Girls

Last week, I joined thousands of world leaders, activists, civil society members, young people, organizational leaders, and yes – even the Pope – for the 70th Session of the United Nations General Assembly (UNGA) held in New York City. This is my third year attending UNGA and the energy is always buzzing with talk about how we can improve the world and complete global development agendas set forth by the United Nations and leaders around the world.

Fifteen years ago, when the Millennium Development Goals (MDGs) were adopted, I was sixteen years old. Crazy, right? At that time, I was just beginning to explore my love and passion for other cultures. I knew the path that appeared before me included working to understand and empower women, girls and communities around the world. Over the past ten years, I have had the privilege to both live in and travel to beautiful countries. In the past ten years (since I was 21), some of my most fruitful experiences in global development have taken me to the most unexpected places. I have learned and been a part of change for women and girls on dirt floors, in mud huts, on top of remote mountains and distant islands. It is in these safe and sacred spaces, I have listened to women’s and girls’ stories. I have watched young women and girls initiate conversations on gender based violence in their communities, work to improve maternal health through creating health responses and even go into the deepest of brothels to rescue young girls from being sexually exploited. I have seen women and girls empowered, healed, restored and strengthened through rallying their communities to understand the issues they face on a daily basis.

Can I be completely honest here? If I were to ask those women and girls, “What are the Millennium Development Goals (MDGs)?” or “How have the MDGs improved your lives?”  I guarantee you most would have no clue what I was talking about. This is not because they are unintelligent or do not understand global development. They are actually some of the most intelligent women and girls I have ever met. It is simply because it does not affect their every day lives. The chasm between drafting and implementing global goals and the reality of what is happening to improve the lives of women, girls and communities is wide. World leaders sit behind closed doors to discuss development agendas that often are rarely implemented effectively and simply do not reach the most vulnerable. At the same time, young women, girls, and communities are working tirelessly to create change. Why are we calling for more action from the United Nations when we should focus our efforts on the change already happening for women and girls? The lives being empowered both at a local and grassroots level is astounding. Do we really need celebrities to endorse a cause to make it trendy or get people to listen? I don’t think so. We have amazing women and girls, those at the heart and center of the issues, they are the real celebrities.

In honor of the women and girls I have worked with over the past ten years, I want to share 17 ways we can continue to support grassroots change and ensure women, girls and communities are supported. Let’s call these HER goals.

I think these are acheivable goals we can all wrap our heads around. In fact, I know so many women, girls, men and boys who are doing this in their communities. Let’s be their champions. Because true change is often purely reflected in the every day lives of women and girls. 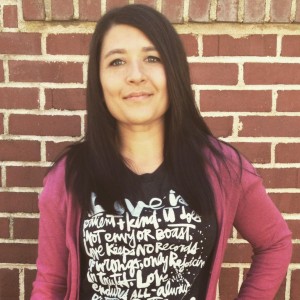 Our Voices Matter – More Than Ever

Stories of Power: Women in Politics

Women In Politics: Moving From the Periphery Toward Peace, Justice, & Strong Institutions

Acting on the Call: Ending Preventable Maternal and Child Deaths