Tuning in to Change

Tisinthe! – meaning “Let’s Change!” – is the first of its kind in the world.  It’s a show that features interactive radio drama, which lets people become characters in the drama they hear.

Aside from being entertaining, this interaction serves to address a major challenge in the world of development:  how to translate knowledge into behavior change?

Tisinthe! aims at improving the sexual and reproductive health of women and girls in Malawi, with a specific focus on preventing HIV.  Most Malawians know how HIV is spread, and how it can be prevented, yet Malawi still has the 9th highest HIV prevalence rate in the world.

How can a radio show help to bridge this gap between knowledge and behavior?  How can it go beyond just giving out information, and actually influence what people do?

By design, interactive radio drama does just that.

Pioneered by Theatre for a Change, a UK-based INGO, interactive radio drama lets people test out new behaviors – and their consequences – before adopting them in real life.  The Brazilian dramatist Augusto Boal calls this a “rehearsal for reality.”

But how, and why, does it work?

First, a short drama is aired, featuring the story of a female character in a difficult situation related to the topic of the broadcast.

Then, female listeners are invited to call-in and assume the role of this character in the drama, in order to show what they could have done differently – as this character – to change the situation for the better.

Actors in the studio replay the drama, only with the caller now part of the action.

Now she can decide what happens.  Now she is in control.

The answers arrive in the form of action.

The callers are empowered as a result, but their actions also empower the other women and girls tuning in from across the country, who silently ask themselves, “can I do that too?”  It’s this blending of the public and the private on radio – the chance for people to experiment with quite personal and controversial subjects in a public forum – that really gives this type of drama its power.

Tisinthe!’s first interactive drama featured the story of a 14-year-old schoolgirl taking a male teacher who raped her to court.  In a country where women and girls are taught to be submissive to men, the idea of a girl pursuing this kind of justice was radical; an almost unimaginable thing.

And yet, it wasn’t so unimaginable that people dismissed it as fantasy, and stopped tuning in.  On the contrary, the drama’s popularity skyrocketed. About 240 people tuned in to the drama the first few weeks it aired.  By the end of its second year, the drama had a weekly estimated audience of 460,000.  The number of listening clubs rose from 4 to 312 in the same period of time.

Characters became household names, and people went out of their way just to tune in – to find out what happened in the story next, but also to hear how their fellow Malawians were responding to it.

The chance to imagine what change could look and sound and feel like, and what it would take to bring that change to life… this, too, likely kept people glued to the story, week after week.

Interactive radio drama doesn’t offer any answers, but it does give people the chance to find their own.

Many women and girls in Malawi are doing exactly that, thanks in part to the solidarity they’ve built, and the skills they’ve gained, from taking part.

Theatre for a Change is now working in the United States with partner organizations to bring this unique methodology to more women and girls around the globe. 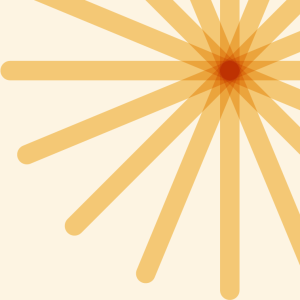 Theatre for a Change