There’s something very unique about working at grassroots level and experiencing firsthand what the community is facing. A single day is enough to make all the statistics fade into the background and replace them with vivid images of what the numbers really represent.

All the high-level dialogues taking place for me put a spotlight on the community that will have to live the consequences of the outcome of these discussions. Here are my thoughts on the subject.

Goal number 13 of the new Sustainable Development Goals, “Take urgent action to combat climate change and its impacts” means so much to a lot of climate activists all over the world. 2015 is a momentous year for our movement. The world needed to agree on its future and we were able to have a standalone goal on climate change. The targets of this goal hold a promise of climate justice and keeping our world safe, for us to be able to breathe long enough to fight another day.

The first target articulates the importance of strengthening the resilience and adaptive capacity to climate-related hazards and natural disasters in all countries. Achieving this target is impossible without having the necessary climate change measures integrated into national policies and strategic planning, which is outlined in the second target. The remaining targets also cover critical issues surrounding awareness raising and capacity building, as well as the very backbone of any movement financing. The urgent need to make the Green Climate Fund operational and make sure the developed world follows up on its commitments has been well emphasized. The target highlights the agreement reached for the developed countries to jointly mobilize $100 billion annually by 2020, to address the needs of developing countries for meaningful mitigation, as outlined in the Copenhagen Accord.

The fifth and last target which focuses on promoting mechanisms for raising capacity for effective climate change related planning and management brings me to a point I would like to discuss further. It highlights a focus on women,  youth,  local and marginalized communities in countries that do not have enough resources and are being disastrously affected by the hazards of climate change.

We are standing on the verge of COP 21, and we have high hopes for an agreement that will practically complement this goal and deliver for the most marginalized. But we still echo reservations that crumble our much-needed unity for saving the earth. Most concerns arise from factors strongly related to economic growth implications of pursuing a certain development path. One can argue any sort of “development” is meaningless if it compromises the planet we live in, whereas affordability and issues surrounding technology transfer make it that much impossible for another to be as passionate for the cause. A just climate solution can only be reached, when can work on the divide between the global north and south with the utmost integrity and concern for the those whose daily lives rotate around these decisions.

The issue of gender is also a huge factor in determining how effective our programs will be on the ground. Women and children are disproportionately affected by the climate crisis and we have established that empowering women and girls is our ticket out of poverty. But we need to translate that knowledge into a set of practical actions that will work through the social constructs which need to be challenged.

Gender mainstreaming in the fight against climate change could not be anymore pressing than now as we are literally racing against time. We acknowledge that empowering women has a ripple effect and positively trickles down to every member of the household. And typically, the rural women of Africa are forced to walk long hours of the day for lack of access to safe drinking water, are more vulnerable to gender-based-violence and remain over-burdened by exclusively bearing reproductive roles around the house.

We have early warning communities that largely consist of women. On a recent gender-analysis I was part of in the east side of rural Ethiopia, we found that the women were more interested and willing to join the early warning community set up by the Disaster Prevention, Preparedness and Control Office of the government. The men justified their lack of interest by saying the women were more “close to the issue” therefore more sensitive and responsible to communicate. On the other hand, a well established norm renders the men the sole decision makers, with better access and control over resources. It is crucial that we creatively engage the men.

We all have a long way to go in building community resilience. Our efforts require that much cross-sectorial collaboration more so than a singular focus on a single thematic area. There is a strong correlation between population, health and environment which we cannot disregard as we plan our programs. We need to remember that behind the numbers there are faces of real people and at individual, local and global levels we have to commit to nothing less than our very best to collaboratively strive towards a world where the impacts of climate change are not only slowed down, but halted. Preserving our planet not just for us but for future generations is all of our shared responsibility.

Illustrations for the SDG campaign have been made for Girls’ Globe by artist Elina Tuomi. 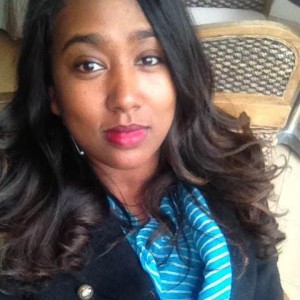