The One-Child Policy: How Ending It Affects Sex Imbalance in China

By Beverly Hill, Founder & President of the Gendercide Awareness Project

By terminating the one-child-only policy, China enacted one of two measures needed to correct its most acute women’s problem — the strong preference for male offspring that has led to highly abnormal sex ratios. The second measure — committing resources to boost the status of women and enforce anti-discrimination laws — has yet to be implemented. Without this second plank, China’s sex ratio will improve but almost certainly fail to normalize. Earlier this month, China hosted a United Nations summit to improve the status of women worldwide, indicating its desire to lead in women’s rights. Hopefully, China will honor its rhetoric with strong support for women at home.

The new initiatives invite an assessment of China’s efforts to reduce its sex imbalance. In 2011, the United Nations Population Fund reported that ten percent of the female population in China is demographically “missing,” and that fourteen percent of girls aged zero to twenty are missing. This news came in the context of a determination that, globally, 117 million women are missing from the world population due to severe social and economic discrimination.

The figures regarding China came as no surprise. In 2004, China teetered on the brink of a demographic crisis, with a sex ratio at birth (SRB) of 121 male births per 100 female births — a dangerous deviation from an expected norm of 106. Today, China’s gender imbalance persists, but China has moved one third of the way toward normalizing its SRB. The SRB currently stands at 115.7 (unpublished data from Professor Li below) – still dangerous and still the highest in the world (with the possible exception of Azerbaijan), but certainly an improvement.

The policies that drove progress emanate from a program called Care for Girls, the brainchild of Professor Li Shuzhuo. Li continues to direct Care for Girls in the framework of two large centers that he now directs — the Institute for Population and Development Studies and the Center for Population and Social Policy Research, both at Xi’an Jiaotong University.

Progress has not come easily. In the 1990’s, declining and low fertility combined with newly available sex-scanning technology to create a surge in male births. Li, then a young professor of Demography, noted the rapidly rising SRB and sounded the alarm, working assiduously to bring the problem to the attention of China’s governing authorities. When he eventually succeeded, he was put in charge of an advisory group for the Care for Girls program, which he and his team engineered and evaluated. To this day, Care for Girls uses legislation, education, and economic incentives to encourage couples to keep their daughters. In rural areas, parents with daughters are given low-interest loans, social security payments and special consideration for land allocation.

Last summer, I interviewed Professor Li in his office at Xi’an Jiaotong University. He spoke guardedly about the recent improvement, noting that the SRB becomes “sticky” when it drops to 115, meaning it responds less to government measures and financial inducements. Li believes that to push the SRB below 115, China will have to devote considerable resources to improving the status of women. Already, legislative measures, introduced in the earliest phase of Care for Girls, ban discrimination against females in accessing education, in securing jobs and promotions, and in participating in the political process. However, these measures are hard to enforce, and the weight of tradition hinders women’s advancement.

Gender imbalance comes with a hefty social price tag for both women and men, making its resolution a matter of urgency. The widespread demand for women has resulted in the importing of brides, bride trafficking, increased prostitution, sex trafficking, and the spread of STD’s, including HIV/AIDS. Some villages have noted increases in sexual assault.

Gender imbalance has been equally unkind to surplus males. These low wage earners suffer from higher rates of depression, loneliness, alcoholism, and suicide. Professor Li reports that their life expectancy is markedly shorter – just 68 years, as opposed to 75 years for the average Chinese male. A simulation run in 2011 by three demographers — Jiang Quanbao, Li Shuzhuo, and Marcus Feldman, demonstrates that if China continues on its present course, involuntary bachelors will constitute 20% of China’s male population by the year 2025.

China must also consider the demographic consequences of gender imbalance. Gender imbalance shifts the age distribution of the population. A deficit of women leads to fewer births, with the elderly becoming a larger proportion of the population, and the burden of supporting them falling to a smaller number of working age people. China’s falling fertility rate only exacerbates the problem. Because fertility rates in China have remained below the replacement rate for 20 years now, Li Shuzhuo and other demographic experts believe that the one-child-only policy has accomplished its goals and can be safely phased out. That said, if Chinese couples have more children but continue to choose boys over girls, China will still have to deal with the consequences of a masculinized population. Hence the need for policies to bolster women.

With son preference in China so deeply rooted, normalizing the SRB remains a tough challenge. Let’s celebrate the improvement over the last decade, and let’s recognize that two thirds of China’s journey still lies ahead. As Professor Li sets goals for 2020, the world waits to see if China will reach them. Strong support from Beijing could make a critical difference at this very critical moment.

Beverly Hill is Founder & President of the Gendercide Awareness Project.  She interviewed Professor Li at Xi’an Jiaotong University in July, 2015. She may be contacted at beverly@gendap.org. 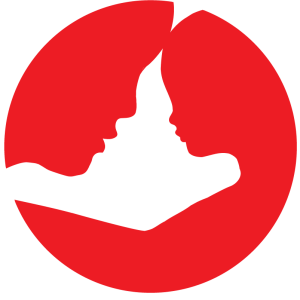 A Global Problem: Visualization of FGM Around the World