Building a movement around Khatna

This is part 2 in a two-part series on FGM in India. Read Part 1 here.

I speak to Mariya Taher from Sahiyo, an organisation building a movement against Khatna on this issue and their work.

“More than a year ago, five women who felt strongly about the ritual of female genital cutting within the Bohra community came together to fight this practise. Each one of us had been working on the topic for many years,” Mariya said. Mariya is a social worker, activist and writer who lives in the United States.

The group includes a social worker, a researcher, two filmmakers and a journalist located in different parts of the world; and all of whom had already been speaking out against the practice of Khatna.

“As our collaboration grew, we realised the need for an organised, informed forum within the community that could help drive a movement to bring an end to Khatna. That is how Sahiyo, the organization, was born,” Mariya added.

Sahiyo is the Bohra Gujarati word for ‘saheliyo’, or friends. She said that the word reflected the organisation’s mission to engage in dialogue with the community to find a collective solution.

The silence around the practice in India among Bohra women and women of Indian origin who have experienced Khatna has led to very few details about the extent of Khatna. Sahiyo tackles this problem by first documenting the experiences and narratives of women, one story at a time.

“We realised that the way to end FGC was to build a movement from the ground up. This included first finding out how widespread it was amongst the community. There are no large scale studies at the moment. Only anecdotal evidence. This is all very important, but we knew to be able to really reach out to our community, we needed to carry out a type of needs assessment, this is why we carried out the first online survey on khatna in 2015,” Mariya notes.

However, there is growing evidence through the voices of women who have experienced Khatna that it is prevalent even among Bohra women who have migrated. “Hence, there was a need to ensure that we were focusing on how to stop the practice amongst Bohra regardless of where in the world they were. To carry out this work, we also understand the importance of community outreach and education,” she added.

Sahiyo through its work at the grassroots level is spreading awareness about the practice through dialogue, conversations, group discussions and seminars. They have also been providing peer counselling and informational support to families who are considering the practice, and have been able to provide women the needed psycho-social support by connecting them to appropriate social services such as counsellors or social workers.

“One of our core areas of work is building from the ground up. We have been working on community-driven awareness and advocacy initiatives aimed towards ending FGC, such as organising townhall discussions and dialogue with Dawoodi Bohra women, Dawoodi Bohra clergy, doctors and nurses, midwives and “traditional cutters”, media,” Mariya stated.

Backlash from the community

There is a fear of being excommunicated from the community for speaking up on the issue. However, Mariya feels positive about the progress the community is making. “We are increasingly receiving responses online from people who support the practice – people telling us that we are speaking out just to gain publicity or that we are interfering with religious traditions. Which in turn is actually a good thing, as earlier on in our work, people were silent in response to what we did. Now, the issue is known in the wider community, and the work around awareness raising that we are doing about FGC (Khatna) can’t be ignored. So, actually, their opposition is leading to further debates within the community about Khatna, which is a good thing.”

India Speaks Out on FGM and Sahiyo are running a campaign Each One, Reach One to break the silence against Khatna. You can support the work being done by Sahiyo by speaking up against Khatna or reaching out to someone you know who might have been subjected to the practice.

Photos courtesy of Each One, Reach One. 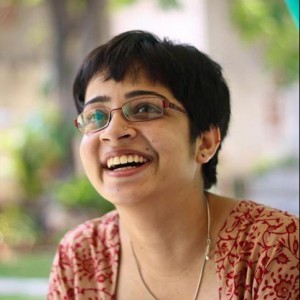 [NEW VIDEO] What Truly Youth-Led Design and Advocacy Looks Like