Hope and Triumph in the Face of Violence

I believe it is important to uphold the most vulnerable portion of a community, not only providing services and protection to women and girls, but also by sharing their stories of sorrow and despair, hope and triumph. As a result of the countless conflicts, natural disasters and the overall deteriorating conditions in rural areas throughout the Global South, women and children are often categorized as a highly marginalized and vulnerable community. Melannee Verveer, Former U.S. Ambassador for Global Women’s Issues and U.S. Representative to the UN Commission on the Status of Women has worked tirelessly to establish and integrate women’s issues into the forefront of the U.S. Foreign Policy.

In a recent post by the Georgetown Institute for Women Peace and Security (GIWPS) Ambassador Verveer stated,

“There are perils to our indifference.” “When you hear these stories [you have to ask], is anyone there for [these women and girls]? We have to be the ones who are there for them.”

As the Executive Director of the GIWPS, Ambassador Verveer continues to push for the empowerment of all women and girls and WORLD opportunity for quality and complete education. In February, GIWPS presented a series of panel discussions on Global Gender Justice in which individuals discussed the plight of women and girls internationally and the various ways in which institutions, governments, and social activists can ameliorate the current condition. In a packed room full of students, professionals, and senior level leaders from DC based institutes and international organizations, I sat pensive, anxious, and uneasy about the heaviness of the upcoming discussion. I assumed that most of the attendees shared my melee of emotions and thoughts about the topic.

Zainab Bangura, Special Representative to the Secretary-General on Sexual Violence in Conflict and Alissa Rubin, Paris Bureau Chief for the New York Times shared insight about the 2,407,680 registered refugee women as a result of the Syrian Refugee Crisis. Rubin sat with a solemn face, carrying the tragic and triumphant stories of many women in conflict zones and the formidable responsibility of disseminating the information. As Bangura spoke about the countless women who have suffered from sexual violence during civil conflicts, whether in the Democratic Republic of Congo, Sudan, Nepal, Iraq, Columbia or Syria, she reminded the audience of her personal thoughts on Global Gender Justice. She stated, “No woman or child is below the law” and in the midst of violence she chose to “push for peace, instill confidence in other women and be the voice for the voiceless.”

As I listened to the esteemed speakers discuss the grueling details of sexual violence, I wondered what role I could play in ENDING THIS ATROCITY.

I decided to take the advice of the final speaker activist and actress Ashley Judd. She encouraged the audience to contribute to the solution and told us to remember the personal stories which encompass the Syrian refugee crisis. She has stated that service is a way of life for leadership in social change.

So my challenge to you is to encompass social change, embody it, and be it in all of your endeavors. 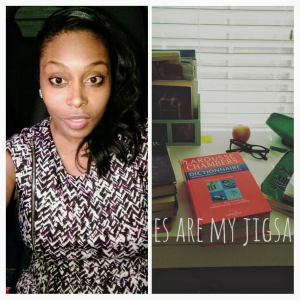