In the words of former American President Woodrow Wilson, “We are not here merely to make a living, but to enable the world to live more amply, with greater vision and a finer spirit of hope and achievement.” Some ordinary people have taken it upon themselves to add value to their countries and empower communities, making them exceptionally extraordinary.

On International Womens Day, I asked several of my friends, and fellow champions of women’s economic empowerment, at Empower Women to help me identify and celebrate such African women. These are strong, courageous women who have overcome many challenges to achieve their dreams. Their zeal to improve the welfare of women and alleviate poverty is what makes them outstanding.

Here are inspiring stories of four incredible African women, as nominated by the champions.

Teresa Abila from Kenya, nominated this courageous woman from Samburu, one of the counties in rural Kenya that FGM is still widely practiced. Teresa says that she admires Faith because she decided not to undergo the cut as an adolescent. As a result, she became an outcast and ran away. Fortunately, she took refuge in a missionary shelter. Even after being excommunicated by her community, she continued to passionately speak about the dangers of FGM. She conducts awareness programs in the Samburu district and also hosts girls who have ran away from their homes to escape FGM. She mentors them and ensures they continue with their education.

Thabo Joy Mubukwanu also from Zambia, celebrates this amazing woman who is currently a medical student at the University of Zambia. “She has pioneered in championing menstrual health issues for underprivileged girls in Zambia. She co-founded an organization known as Copper Rose, which helps raise awareness of the need for proper menstrual hygiene products. Her goal is to raise funds and support from various stakeholders in order to provide sanitary products to the girls every month,” Thabo says. In Zambia like many other African countries, a high number of adolescent girls miss school when they get their period, as they cannot afford good sanitary hygiene. Natasha Kaoma runs a campaign known as ‘Candid Pride’ which educates both male and female adolescents about menstrual hygiene, sexual health and HIV, subsequently helping them build their confidence during puberty. “I am inspired by the way she is breaking barriers on an issue that is considered a taboo in African culture. Many young men and women are being empowered by her campaign.”

Stella Bakibinga, a Ugandan national studying and living in Sweden, considers Rebecca, a lawyer and speaker at the Ugandan Parliament since 2011, an African role model and inspiration to other women. Stella had this to say about her: “We live in a society where women’s success is not only defined by academic qualifications, but also by marital status and number of children. Rt Hon. Kadaga, nevertheless, is a female leader with neither a husband nor a child but has not let that stereotype deter her from taking up a government leadership position. This can be manifested by the ranks she has risen over the decades. Besides being an exceptional leader, she has neutralized the stereotypes that men have always used to undermine strong unmarried women in our African society. Today, many young women in Uganda are going for their dreams regardless of gender stereotypes, after observing Hon. Kadaga’s example.”

Badejoko Fabimise, also from Nigeria, nominated Ibukun as one of the amazing women who deserves to be recognized and celebrated on International Women’s Day. “This woman is an amazing mother of three. She is the first female chairman of First Bank Board of Directors, The founder and CEO of the Chair Center Limited and seven other companies. She has been such a blessing to many mothers, children and the youth. She has empowered her society through seminars, conferences and entrepreneurship classes among others. She is constantly imparting knowledge in others and that is why we love and admire her. She has given us so much knowledge and constantly challenges us to give that knowledge to others.”

Following these amazing stories, I am personally inspired by the work African women are doing to empower not only women, but the entire society. A common theme in their stories is that they all made a choice to rise above cultural barriers and gender stereotypes that undermine or underrate the potential of women in leadership and decision making. They may not have had the resources or initial support for their ideas and initiatives, but their determination to make a positive difference in their countries is what makes them incredible leaders, the reason we celebrate them. Certainly we should all strive to learn something from their example. 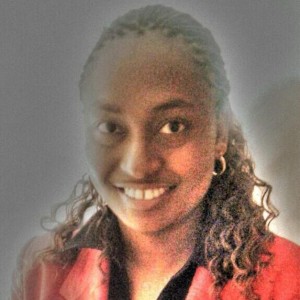 Being a Woman and an Entrepreneur in Malawi

Failures in Finance: Lessons Learned in Micro-lending and Savings

SDG 8: Promote inclusive and sustainable economic growth, employment and decent work for all.

Celebrating Women Changemakers Should Be A Concerted Effort