Life-Changing Surgery for Refugees in Kenya

It’s difficult to imagine what it would be like to live in Dadaab, the world’s largest refugee camp. Located on the northeastern border of Kenya, the camp is home to more than 300,000 people, mostly refugees from Somalia displaced by years of conflict and famine at home.

Iam in the middle of Ben Rawlence’s book City of Thorns, a disturbing look inside the lives of nine residents of this sprawling camp and the tremendous daily struggles they face. When I try to comprehend how much more difficult it would be to live in Dadaab with an obstetric fistula, a debilitating childbirth injury that leaves women constantly leaking urine or feces, it is a harrowing prospect. Over the six years I have been involved in this work, I have spoken with hundreds of women who have lived with fistula. Many endured painful, prolonged labor, lost their babies, and were abandoned by their spouses and isolated by society as a result of their condition.

Since last May, through the Action on Fistula initiative in Kenya, Fistula Foundation has been able to support life-changing fistula repair surgery for 33 refugees living in the Dadaab and Kakuma camps in Kenya. With help from the National Council of Churches of Kenya, women have traveled from the camps to Jamaa Mission Hospital in Nairobi, where they can be evaluated by our fistula surgeon, Dr. Stephen Mutiso, and receive free surgery. I am deeply thankful for this partnership—without it, these women would likely have gone without treatment for much longer.

Recently I had the opportunity to meet three women from Dadaab and Kakuma who had just undergone fistula repair in Nairobi and were recovering in the ward. One woman’s story in particular moved me profoundly.

Halima* is a soft-spoken 25-year-old from Baidoa, in south-central Somalia. In 2013, she went into labor at home and was attended by a relative. This was the fifth child she had carried, although at the tender age of 23, already three of her children had died. She was in labor a long time without any progress—many days, it seemed—before she was eventually taken by her relatives to the nearest health facility. While at the facility, her experience turned from bad to horrific when fighters from al-Shabaab, the terrorist network operating in Somalia, stormed the health center and started shooting the doctors and staff who were attending to the women. She remembers being assaulted by al-Shabaab fighters who claimed they could deliver her baby and then attempted to do so. Halima could barely speak about this terrifying episode, but she remembers eventually escaping the hospital, without her baby—the child had been stillborn—only to realize that she was leaking urine. She had developed a fistula. Her husband divorced her. Injured and traumatized, it took her four months to be able to walk again.

Halima now lives in Dadaab with her only surviving son, 7-yeard-old Mohamed. Seeking treatment for her fistula, she traveled first to Ethiopia—more than 700 miles away—and eventually to Somaliland. But after traveling over 1,000 miles and undergoing multiple surgeries, she had experienced no relief. She decided that going to Dadaab would be her best hope for medical treatment and possibly a better life.

When I spoke with her, Halima seemed very nervous that the repair would be a success, and wiped away tears when she thought of the prospect of going through surgery again without a better result. I left the hospital that day with a heavy heart, knowing the difficult reality—not all fistulas can be completely repaired. I hoped and prayed that this wouldn’t be the case for Halima. She had already been through a hell I can’t imagine. I wanted so badly for a little bit of normalcy to be restored to her life.

Hope, in a word

When I received feedback from the hospital a few weeks ago, I was nervous to open the document that would tell me if Halima’s surgery had been successful or if she was still leaking. Imagine the tremendous relief and happiness I felt when I read that word—a short and simple word but one that carries enormous importance for changing the course of Halima’s life: “Dry.”

Lindsey Pollaczek is the program director for Fistula Foundation, which works to provide treatment for obstetric fistula in more than 20 countries in Africa and Asia. In Kenya, she manages the Action on Fistula program, a three-year initiative to make a lasting impact on fistula by supporting free surgeries, surgeon training, and extensive outreach support to identify and refer patients for treatment. Action on Fistula is a program led by Fistula Foundation with generous funding support from Astellas Pharma EMEA. 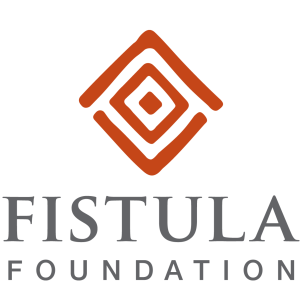 The Venezuelan Babies Being Born Stateless in Colombia

He lost his parents as a child. Now he’s fighting so no child endures the same.

Forget the ‘Mommy Wars’ – Breastfeeding Inequality is the Real Issue