The Power of Knowledge in the Fight against HIV/AIDS

Correct information empowers people to make the best possible choices in all aspects of life. Conversely, incorrect or poorly communicated information can cause a degree of harm that can be worse than knowing nothing in the first place. It is time to stop focusing solely on access to education, and start working on improving the quality of education.

Rightly so, education is often considered the ‘first defense’ to the HIV/AIDS pandemic. When people know how to prevent transmission and why preventing transmission is so important (ie. there is no cure for HIV), the majority of people will, to the best of their abilities, take action to protect themselves and their families. Knowledge gives people the power to prevent HIV transmission in the first place, thereby eliminating the need for medical interventions to mitigate the effects of the virus.

The ‘knowledge is power’ principle has created a focus on simply getting children and youth enrolled in school as a key strategy to combat the spread of HIV.

But is getting children and youth enrolled in school enough? Sadly the answer is no – or at least, not always.

In many countries where the AIDS pandemic continues to hold fast, the education systems are rarely equipped to properly convey this essential information. Perhaps it’s because so many educators fall victim to AIDS themselves, leaving schools under-staff with qualified teachers. Perhaps it’s because out-dated school systems do not include HIV/AIDS education as part of the curriculum, and many teachers avoid the subject entirely because they fear they will be overwhelmed by the intimacy of the questions and comments.

Or, worst of all, perhaps many teachers still hold traditional views about HIV and insist on perpetuating damaging myths rather than sharing accurate information. In any case, school enrollment does not guarantee that children and youth will learn the correct information about HIV/AIDS.

A recent Help Lesotho life skills camp for adolescent girls revealed how serious the education gap in HIV/AIDS really is. One girl, eager to share her knowledge, confidently spoke up to answer a question about modes of HIV transmission, replying that:

Shockingly, none of her fellow campers challenged her response. This girl is currently enrolled in high school. She has been in the Lesotho education system for 10 years, and she is still unaware that HIV is transmitted through bodily fluids, especially during sexual activities. This girl is old enough to be married (under Basotho law), and old enough to become pregnant – so she is certainly old enough to encounter situations that could put her at risk of contracting HIV. The education she has received has left her with no way of preparing for or mitigating these risks.

How can she be expected to be part of the solution to fighting HIV/AIDS when no one has ever given her the relevant education?

In another instance, a group of 60 youth in a Help Lesotho program – all of whom were high school or tertiary graduates – were asked whether a person can get HIV the first time they have sex. Only 75% of respondents said ‘Yes’. In actuality, 25% of Lesotho’s population is HIV positive.

It is widely known that HIV affects adolescent girls at a much higher rate than their male counterparts. In southern Africa, according to UNAIDS, three quarters of all new HIV infections among adolescents aged 10–19 years are among adolescent girls. If access to education is actually an effective deterrent to the spread of HIV, one could assume that whichever gender has higher enrollment in education should be better prepared to avoid HIV transmission.

However, in Lesotho, more girls than boys are enrolled in primary school (up to 70% of some school populations are girls), and yet adolescent girls are infected twice as much as their male peers. There are of course other factors at play – girls are more vulnerable to HIV as a result of gender-based violence and other factors.

One thing is definitely clear: Simply going to school cannot be relied on as the first defense against HIV/AIDS.

Girls’ Globe is present at the 2016 International AIDS Conference in Durban, South Africa (17-22nd of July). Follow us on social media and by using the hashtag #EndHIV4Her for inspiring blog posts, interviews and updates! To sign up for the daily In Focus Newsletter visit crowd360.org/aids2016/ 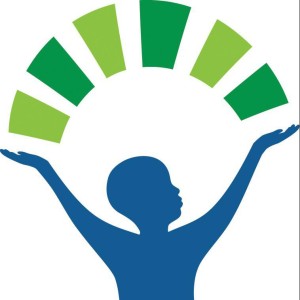 She Survived Cancer—and Then Had to Battle Iatrogenic Fistula