Why Partner With Grassroots Movements?

When it comes to work done by advocates and activists worldwide, there are various ways to classify different movements. Some are led by politics and policy making in government, some by formalized non-government organizations (NGOs), while others are led as purely grassroots movements involving many people and moving parts. But where do the youth leaders of today fit into these avenues for change? Typically young people gravitate toward grassroots movements.

We crowdfund, we ride Uber, we begin startups. Essentially, we find ways to make things happen whether we have formal support or not. I think a reason why we aren’t as engaged in the avenues of government or formal organizations is because many older leaders haven’t made room for us. There is a misconception that we don’t know how things work, so instead we align and involve ourselves with grassroots movements that have limitless possibilities. Additionally, there just aren’t job opportunities in today’s world to give us the chance to be activists in a formal or professional way. We have to be entrepreneurial and often end up forming grassroots movements. We have to make our own jobs and build our own futures.

Often times, grassroots efforts are the only means to actually making things happen in many countries.

Ursula Singh, of United Mission to Nepal and one of Johnson & Johnson’s 2016 Young Leaders, shared the difficulties she faces in sustainable development in Nepal. With a new government, new political leaders that change every 9 months, bottlenecking of aid funds, and a humanitarian crisis following the earthquakes of 2015, it’s hard to make things happen. She leads in cooperative community restoration work with a network of locals and expatriates, to bring change regardless of the political situation.

Because of this, building sustainable partnerships for the SDGs need to include partnerships with grassroots movements, without turning them into corporate or inorganic movements. Because grassroots efforts are actually doing the work and amplifying causes, these movements are often the most informed with the best insights into their communities and to what works. Therefore, grassroots movements are the ones governments, NGOs, and private sector groups must partner with because their intimate knowledge gives insight into the best and most sustainable solutions for a better, more equal future.

Girls’ Globe is sponsored by Johnson & Johnson to provide coverage during the Global Citizen Festival and to share the stories of the Young Leaders who are participating in the activities in New York. 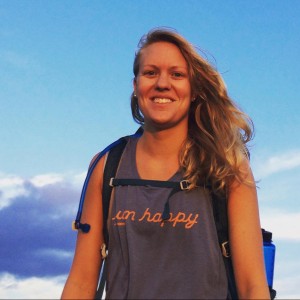 Urban Farming: Regeneration in our Cities

Girl Up Initiative Uganda and the SDGs: Youth Perspectives

The Power of Empowering Women and Girls