The Deadly Power of a Cookstove

2016—the year of a vociferous political climate, monumental policy changes, and finally the year of a forceful push toward gender equality. As an 18-year-old college freshman, I have recognized for years the existing gender gap, but I did not realize that something as simple as a cookstove could be an immense obstacle for closing the gender gap.

I was a junior in high school when I had the opportunity to hear the CEO of the Global Alliance for Clean Cookstoves, Radha Muthiah, and other esteemed women advocates promote the discourse about deleterious effects of climate justice on the global population, especially women. After listening to this Women In Peace panel, I truly realized that a girl’s fight across the globe, is also my fight; it is our fight.

I am impassioned about the implications of primitive cooking methods because the effects are primarily on the health of women in low-income parts of the world. The underlying matter is that while open fire cooking and the burning of biomass and coal causes a significantly negative impact on the environment, a climate justice advocate would acknowledge the effects will continue to play a role in the health and wellbeing of people around the world.

According to the World Health Organization, over 4 million people die each year because of debilitating chronic illnesses caused by inhalation of particulate matter when using traditional cooking methods. The chronic conditions are ubiquitous and include lung cancer, recurrent pneumonia, heart disease, chronic obstructive pulmonary diseases. With little to no access to healthcare for many suffering from cooking-related chronic conditions, suffering increases for many families and puts a halt to the productivity of many families, pushing them further into poverty.

With ancient cooking methods, the gender gap inevitably arises. Women experience Time Poverty—the lack of time and unpaid labor that women are subjected to. Melinda Gates addresses Time Poverty in her annual letter stating that “Globally, women spend an average of 4.5 hours a day on unpaid work.” In developing nations, women spend time collecting fuel and then cooking, not to mention taking care of children and other stereotypical household tasks that women are usually delegated to do. Melinda Gates also described what girls and women could do with their time instead of spending time gathering and collecting fuel and then cooking.

“Girls in poorer countries might say they’d use extra time to do their homework. Housework comes first, so girls often fall behind in school. Global statistics show that it’s increasingly girls, not boys, who don’t know how to read. Mothers might say they’d go to the doctor. In poor countries, moms are usually responsible for their kids’ health. But breastfeeding and traveling to the clinic take time, and research shows that health care is one of the first trade-offs women make when they’re too busy.”

Be reminded whenever you use an electric cookstove, you have the amazing power to use your time for the greater good. With something as simple as an electric cookstove, you have infinite possibilities and time to achieve the life you want and to be productive. While we all take cooking with electric cookstove for granted, it is so important for each of us to realize the incredible obstacles and injustice that inappropriate cooking methods can place on for women and their families. It is imperative that we advocate for the elimination of these improper cooking methods and social injustice, which in turn will progress the movement for climate justice.

The Global Alliance for Clean Cookstoves is a United Nations Alliance dedicated to combatting use of primitive cooking methods. This organization also fights for 10 of the 17 Sustainable Development Goals. 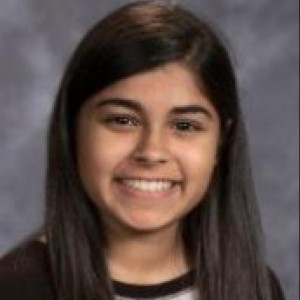