“There Are Millions of Girls Like Me, and We’re Not In School”

An African proverb says if you educate a man you educate an individual, but if you educate a woman, you educate a nation. In fact, studies have shown that when an investment is made in the education of girls, not only does it benefit the economy of the country but that education results in women having healthier families and with a much higher likelihood of them prioritizing the education of their children. Women who are given educations have been shown to also improve their communities and to educate the women around them increasing the benefits of that initial investment substantially.

Last month UNHCR, the UN Refugee Agency, released a report showing that after 4 years of the conflict 3.7 of the 6 million school-aged children under their mandate have no school to go to. This means in addition to all the barriers that exist for young girls such as trauma, family obligations, language, and child marriage that exist in the refugee camp,s many will not even have the option to go to school. The report also found that refugee children are five times more likely to be out of school than the global average. Worse, for those still caught in the conflict in Aleppo, enrollment is as low as 6%.

Prior to the Syrian war, Syria had one of the most revered educational systems with “almost all Syrian children enrolled in primary school and literacy rates at 95% for 15-24 year olds.” Their baccalaureate was known as the hardest giving Syrian students a golden ticket to most of the Arab universities. In Lebanon today, almost one in four people are a refugee, whether Syrian or Palestinian, and they make up a large portion of nation’s population. While Lebanon’s Ministry of Education and Higher Education has implemented programs to try and integrate refugees into their schools, the system is struggling to keep up with the increasing numbers of students and now nearly half of the 500,000 Syrian school-aged children are out of school, some never having stepped foot into a classroom.

“And my grandmother said to me ‘but Aya you are getting water and food,what would you rather have water and food or school?’ and I wanted to scream at her ‘school! I want to be a pediatrician and not a mother at only 15!’ instead I said ‘but [grandma] why is the world making me choose when I need all of them to survive.'”

These chilling words representing the sentiments of so many young Syrian girls were spoken as part of a performance art piece at the Global Citizen World On Stage event in New York City on September 22nd, 2016 the event focusing on music, advocacy, and impact. View the entire powerful performance in the video below:

While this war may be the childhood for many of these young girls, it is essential for us to not allow this generation of young women to miss out on education, we must use our voices to advocate for them, to have schools available in refugee camps or bridge programs for the refugees living outside of camps supporting the countries hosting refugees Ministries of Education, giving these young women the education and power needed to educate their families, friends, communities, and generation so that when it comes time to rebuild their Syria they are ready.

The full UNHCR report can be found at: http://www.unhcr.org/en-us/news/press/2016/9/57d7d6f34/unhcr-reports-crisis-refugee-education.html

To learn more about what is happening in Lebanon: https://www.hrw.org/report/2016/07/19/growing-without-education/barriers-education-syrian-refugee-children-lebanon 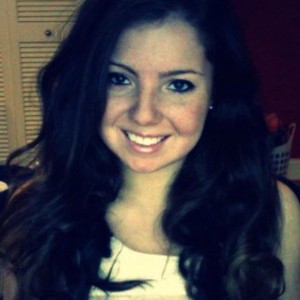