The Vital Need for Data to Improve Maternal Health

Globally and daily, around 830 women die from causes related to pregnancy and childbirth – equivalent to nearly 35 women an hour. This results in over 300 000 maternal deaths each year – deaths that could be prevented if adequate care was provided. Skilled care before, during and after birth has been identified as one of the key strategies to reducing maternal deaths, a care that 25% of women still do not have access to.

Bernice lives with her father and her four younger siblings in a small rural village in the north of Burundi. Her family, along with eight out of ten Burundians, live below the poverty line, and they depend fully on their household food crop production for their survival. Due to several droughts lately, they are currently facing severe food shortage. Bernice is pregnant with her first child, and even though she’s more than half way through her pregnancy, she hasn’t yet seen a doctor. She is severely malnourished, putting both her and her baby at an elevated risk of complications.

Two years ago, Bernice’s mother Thalia passed away when giving birth to her fifth child, due to a post partum haemorrhage – one of the most common causes of maternal deaths in both developing and developed countries. As with 40% of the deliveries in Burundi, each of Thalia’s childbirths have taken place in their family home – every time without a skilled birth attendant by her side, without both water and electricity. 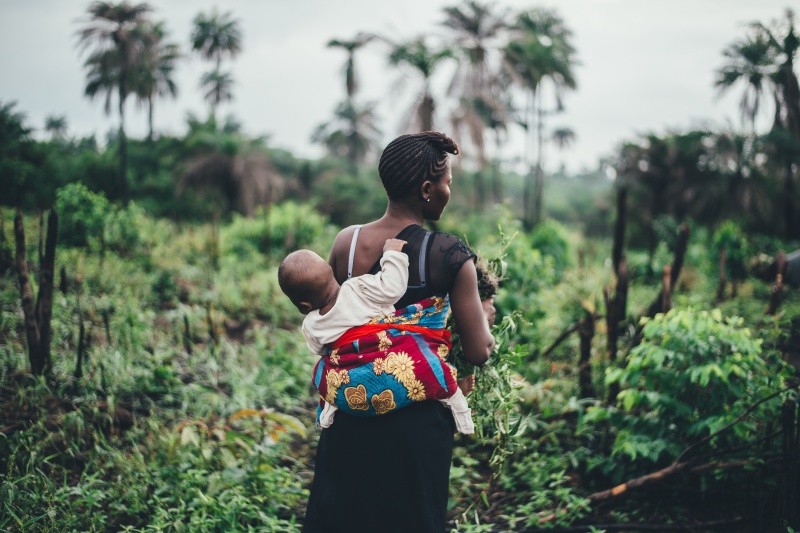 Bernice represents a population that is facing numerous challenges that arise from their individual circumstances. Living in extreme poverty in rural Burundi – a country with one of the highest maternal mortality ratios (maternal deaths per 100 000 live births) in the world – makes Bernice and her baby highly vulnerable in regards to surviving pregnancy and birth. In just a couple of months it is her turn to face the difficulties that often come with childbirth in her condition. She fears what is to come, knowing what happened to her mother.

Bernice and her family are fictional characters and fortunately, this time the story is a fictional one. However, based on the latest data on maternal and child health, this is the reality of countless women, adolescent girls and babies around the world, with sub-Saharan African countries facing great challenges in regards of maternal, newborn and child health. In this region, a woman’s lifetime risk of dying during pregnancy or childbirth is an appalling 1 in 36, and the newborn death rate is the highest in the world with 34 deaths per 1000 live births. Compared to a woman in a high-income country, a woman in sub-Saharan Africa faces a 100 times greater risk of dying during pregnancy and childbirth.

The future might look nothing but dark when looking at numbers related to maternal health, but we also need to recognize the improvements that have occurred. Globally, since 1990, the maternal deaths have dropped by 44%, and ¾ of women now have skilled care during their childbirths. Furthermore, at least four antenatal care visits are received by  ⅔ of women worldwide. This increase in maternity services is imperative in showing us that some interventions are successful – hopefully leaving us with a somewhat optimistic mind.

However, in spite of ubiquitous efforts, much is yet to be done. The gap between the countries with the highest and the lowest maternal mortality has grown despite the increased use of maternal health services, resulting in a bigger gap between countries and populations. In other words: millions of pregnant women are left behind from the progress, with minimized opportunities for health gains not only for themselves, but also for their babies.

“We are determined to take the bold and transformative steps which are urgently needed to shift the world onto a sustainable and resilient path. As we embark on this collective journey, we pledge that no one will be left behind.”
The UN 2030 Agenda for Sustainable Development

For us to be able to achieve the Sustainable Development Goals by 2030, and the underlying aim of “leaving no one behind”, accurate, reliable and population-based data on maternal health is essential. It is more crucial today than ever before, and vital to decrease the inequities in care that remains and seem to increase between and within populations.

The percentages in the illustration refer to to following numbers and statistics: 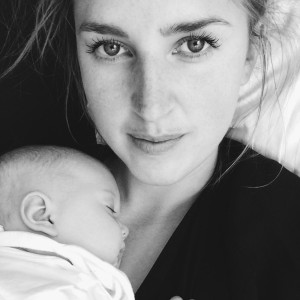 Mia is pursuing a Bachelor’s degree in Global Nutrition & Health at Metropolitan University College in Copenhagen, where she specializes in Public Health Nutrition & Food Policy. She is passionate about maternal and infant health, often putting her focus on breastfeeding matters. She lives in Malmö, Sweden, with her daughter and husband.
View bio and all posts