Five Afghan Women Who Made History

The history of women’s struggle for equality and liberation in Afghanistan is often misunderstood and misrepresented. Many still believe that the movement for gender equality in the country began in 2001, with the help of international forces. While Afghan women have reached unprecedented heights in many fields due to increased opportunities since 2001, we have a long history of fighting for our rights. We were never weak and voiceless. We have always found ways to speak up, even under the oppressive Taliban regime.

Here are five women who have made history in Afghanistan with their vision, service, and passion for progress and equality. These women have inspired generations of Afghans who are yearning for peace and justice for all, even when they lost their lives in the fight.

Gawharshad Begum was a renowned political figure during the Timurid dynasty (1370-1507). Living in the 15th Century, she was married to Emperor Shahrukh Timurid, but she was a change-maker in her own right. In addition to being a queen, Gawharshad was a minister and a leader in promoting arts and culture. She supported poets and artists, including female poet Mehri Herawi, and brought Persian language and culture to the forefront of the Timurid dynasty. Herat, the capital of the Timurid Empire, became the hub of cultural renaissance under her guidance. The architecture and arts of that era still remain a crucial part of identity in Herat and Afghanistan. She also built a religious school, mosques and a Khanaqah (spiritual center for Sufi Muslims).

Gawharshad was also a skilled politician. After her husband’s passing, she installed her favorite grandson as the puppet king and ruled the kingdom for 10 years.

Rabia Balkhi was born into the royal family in Balkh, Afghanistan, in the 9th Century. She is considered to be the first woman to have written poems in modern Persian. She is one of the most influential Persian poets so much so that it is rumored that a renowned male poet played in role in her murder due to jealousy. Rabia was killed by her brother for falling in love with Baktash, a slave of the kingdom. Her bravery to fall in love, something considered to be taboo for women, and break the class structure by loving a slave, and also write poetry about her love has made her an icon for fighting for equality and justice in Afghanistan.

Queen Soraya Tarzi is one of the most influential royal figures in Afghanistan. Queen Soraya was married to King Amanullah Khan, a progressive ruler who governed from 1919-1929. She was highly educated and a fierce advocate for women’s rights and girls access to education. Among other things, she opened the first school for girls, and founded the first magazine for women, Ershad-I-Niswan. Her vision for women in Afghanistan still inspires many women across the country.

Nadiaa Anjuman was born in Herat in 1980. When the Taliban took over the city, Nadiaa joined other local women and began attending an underground school and literary circle, the Golden Needle Sewing School. Under the disguise of learning to sew, Nadiaa and other women were taught literature by Professor Muhammad Ali Rahyab of Herat University, because the Taliban did not allow women to go to school. As soon as the Taliban were ousted, Nadiaa started her formal education at Herat University. She soon became a prolific poet and published a book of her poems, Gul-e-Dudi (Dark Flower). Nadiaa’s talents and visions came short when her husband killed her for writing poems about women’s subjugation and attending events. Even in her death, Nadiaa inspires the women of Afghanistan as one of her well-known poems about women’s rights has been sung widely by popular musicians.

Lieutenant Colonel Malalai Kakar was the head of Kandahar’s Department of Crimes against Women. Working in a conservative community, she was a trailblazer for many women. Malalai came from a family who served– both her father and brother were policemen. She was the first woman to graduate from the Kandahar Police Academy and the first woman to become an investigator. She focused on cases of gender-based violence. On September 28, 2008, Malalai was shot and killed by a Taliban gunman on her way to work. Malalai’s courage and tenacity to serve in law enforcement have inspired dozens of women to join Afghanistan’s police force and paved the way for many others.

We are here because of them. May there be more trouble-making, groundbreaking, change-making, world-shaping women in Afghanistan and around the world. 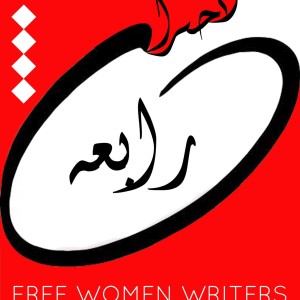 We Have Written a Book!