(Mexico’s latest hashtag on violence against women, that reflects a broken society).

On December 11th, Ana Gabriela Guevara, former Olympic Mexican athlete, and State Senator since 2012, reported on Twitter an assault she described as gender violence that occurred earlier that day. The assault took place on a federal highway when she was returning from Valle de Bravo to Mexico City.

She described the assault as what she first thought was a common vehicular accident, and she asked the driver to pull over to settle things through their insurance. All of the sudden, four men got out of the car and started beating her to the ground slurring insults because she was a woman and because she was a motorcyclist. The assault went on for several minutes, where these men punched and kicked her face and ribs, leaving her almost unconscious in the ground. When the men left, she was able to get the plates from the Dogde Voyaguer: MMU-8473.

She was diagnosed with a broken cheek bone, and a broken rib, which she shared in social media as a proof. Unfortunately images, tweets and jokes started circulating in social media and it only reflects how deeply broken our society is. The hashtag “GolpearMujeresEsFelicidad” translated as “beating women is happiness” quickly became a hashtag and trending topic in Twitter, with statements that show what we’ve been talking about for years: normalized gender based violence. Tweets were shared and written by both women and men, applauding this type of behavior.

Translate: Love is measured by the speed and impact of a punch against a women.

Translate: If she broke your heart, break her face.

Translate: The day your elf doesn’t beat you is a sign that he’s cheating on you.

Translation: I feel grateful to have a boyfriend that beats me, that means he loves me.

Ana Gabriela Guevara was not only victim of physical violence that day, but she has been attacked all over social media the past few days, with jokes and images that try to minimize the attacks or justify them. This is not the first time Ana Gabriela Guevara has been attacked. Back in the day, when she was an Olympic athlete, she was questioned about her gender, and during her press conference in the Senate she faced that discrimination again.

Not only did she face lesbophobic comments because of her looks, even though she is not a lesbian. She was called a man, her attack was called “a hoax” to distract society away from “real issues,” among many other hateful statements which only show that gender based violence is still not believed to be a real issue in the eyes of Mexican society.

These tweets, under this hashtag and against Ana Guevara show a broken society, where men and women have grown up under the belief that a man who attacks a women, is only doing his duty as a man. Therefore, women should accept this idea and these behaviors, because we are taught “beat me, but don’t leave me,” a popular saying to justify gender based violence in Mexico.

Mexican women are under constant attack, either physically or verbally, by harassment in the streets, at the office, in schools and in their household. Worse, women are often blamed for their responses, either if it’s in defense, or if a woman is economically dependable and she is not able to leave someone who physically or mentally abuses her, she is called stupid or it’s said that she deserves what she gets.

During the press conference at the Senate, Ana Gabriela Guevara declared that she will not leave her position as Senator and stated, “I believe that what happened to me was for a reason,” implying that she will work from now on towards eradicating gender based violence. Two fellow Senator Women joined her agreed that the Senate is now obligated to create political legislation to protect women against acts of violence. We can only hope this statement is true.

“Violence against women is an obstacle for the development and democracy of any country and it is a commitment of everyone: families, schools, businesses, media, and society as a whole to change a culture that tolerates violence against women and girls, and it should be left behind.”
– Ana Gabriela Guevara, 2016

If you want to help, share this post to bring attention to Mexico’s society issue regarding gender based violence. Raise awareness. Discuss. 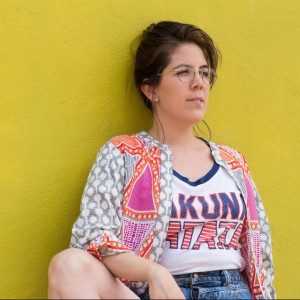