An interview with Henry Sawyer.

This Friday, I’m letting my sixth grader skip school. We’re making the long drive from Massachusetts to D.C. for the Women’s March on Washington, an event that has become, at least in this mom’s mind, an ethical parenting imperative in teaching about justice, kindness, and citizenship. With feminism at the core of my  mothering a son towards an inclusive concept of manhood, we’ll join the protest chorus with his tween voice and the fire that’s been in my throat since November 8.

In this two-part blog post, we’ll publish our pre-march interview on Henry’s thoughts about what it means to be a boy joining the March followed by our experience among hundreds of thousands of people descending on Washington.

The morning of Martin Luther King Day, we sat down on the couch, where this mom interviewed her 12-year-old son about the election, the March, and what it means to be a middle school feminist boy.

How would you describe yourself?

I don’t want to sound braggish.

It’s okay to be confident in what you think about yourself.

I think that I’m intelligent. And kind and friendly. I like the environment and I like animals a lot. I like all animals to be treated fairly, and I want to keep the environment good and not global-warmicized. And I’m 5 feet tall and I have blonde hair and blue eyes and I have to wait til 2 teeth fall out before I get braces.

What do you do for fun?

I read… I listen to audio books. I sled if there’s snow. I play with my cat. I run every day if I can help it.

What are you reading right now?

To Kill a Mockingbird.

My mom and Hillary Clinton and Michelle Obama and Barack Obama and my dad.

What inspires you about these people?

They stand up for what they believe in, and they believe the sort of things I think are right for the country.

Do you think Donald Trump stands up for what he believes in?

So what makes the people on your list different from him?

Because the people on my list don’t stand up for what they believe in in a way that harms others. Donald Trump is constantly insulting people when he says what he means, and sometimes if the only things you have to say are bad, you shouldn’t say them at all.

What kinds of things do the people on your list stand up for that inspires you?

They stand up for equality, forgiveness, being the better person instead of insulting people when they are in an argument.

What kind of equality is important to you?

Having all types of people being able to have the same liberties and opportunities for jobs, school, health care.

How did you feel when I woke you up the day after the election and told you about the results?

What made you want to protest the election?

Because maybe if he sees that people disagree with his views, it’s possible that he could change them to fit the country. I feel like we shouldn’t just let him into the presidency gladly, like we should put up some resistance. He seems like he’s a new kind of Republican, like he’s different from anyone else who could have been elected. I don’t think protesting would have been as important [if a different Republican won]. Not all Republicans are racist like he is. Also I feel like he doesn’t agree with free speech and he’s sexist. Like when he insults reporters who say things he doesn’t like, and the things he says about women are slanderous, cruel, and childish.

What does being a feminist mean to you?

Someone who stands up for equal rights between women and men.

Are you a feminist?

Your dad and I have always believed that it’s not just important to teach you that girls and women have a right to the same opportunities that you have but also that boys should not be judged for enjoying things that are typically associated with girls.

I used to like the color pink. I don’t think it makes sense for a certain color to be assigned to a certain gender. I had a pink toy lawn mower.

You specifically asked for a lawn mower that was pink. And I remember you desperately wanting pink shoes, and when you got your pink shoes, you loved them so much and didn’t care when another boy told you pink is for girls. Do you think it’s important for boys to be feminists, too?

Yes, it means they believe in equal rights. If there were no boys who were feminists, the genders would all be separated, and we should be together in unity. It means that everyone is treated as equals.

Why do you want to go to the Women’s March on Washington?

Because I support equal rights. Can I ask why is it called the Women’s March?

It was organized by a few feminist activists who were outraged by Donald Trump’s comments and history with women, and they wanted to organize a march to protest that, but they also made it a march for everyone because they believe, like you, that people are stronger in protest when they’re united. What do you expect to see there?

Hundreds of people marching. Men and women. Chanting. Signs. I think it’s going to be fun even if it does make your feet tired.

Why is it worth it to march even if your feet are tired?

Because I think we should stand up for equality.

Can I ask you to talk about what values you have?

I value independence and hard work and kindness and generosity. I think kindness and generosity are the most important ones of all of them. You teach me to be nice to people of all different backgrounds, to be nice to people. There was that time I fell off my bike and you just waited with me there until I felt like I could bike again. That was very nice.

If you could say anything to kids who support Donald Trump, what would you say to them?

“Why?” And I would say kindness is important.

That’s a good response. What would you hope to see come out of the March this weekend?

I’d like to see Donald Trump release a statement of apology to all of the women he insulted.

That would be amazing. I can’t wait to march with you. How was this interview for you?

I think I need some recovery time.

How about four days?

And with that, he threw in a Hillary shimmy. 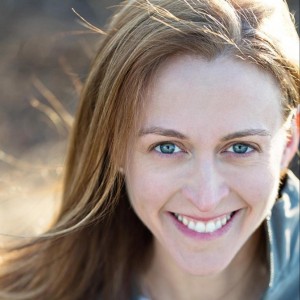