The Gender Boundaries Imposed on Children in India

Many children worldwide have grown up playing with Barbie dolls and Transformers. You can perhaps guess which children played with which toys. From the time of our birth we are taught the ways in which males and females should conduct themselves.

Why does society enforce such restrictions from the moment a child is born? Too often, our society sees men as the working hand of the family and women as the caretakers of homes. Both put in equal effort and time but the work done by women is not really considered “work”. It is a common fact that working women are paid less than their male counterparts.

Many parents invariably end up buying toys and clothes – pink for the girls and blue for the boys – based on prevalent and enforced gender notions. Mine did too. Why is that only girls can have pink and only boys can have blue things? Both are equally beautiful colors! So why is it that society laughs at a boy wearing a pink shirt?

“Don’t lift that, it’s too heavy.” Most girls have heard something like this at least once in their lifetime. What does it imply? That girls are weak? That they can’t do things alone, without a male helping them? Society has divided up tasks and decided which suits which gender. When parents are asked to describe their children, girls tend to be identified as delicate, weak, beautiful and cute while boys are seen as strong, alert, and well-coordinated.

“Don’t even try, cooking is not for you.” Boys will probably have heard something like this. But tell me, why can boys not learn like the girls? No girl is born a chef, they learn. So why are boys often not allowed to enter the kitchen by their mothers? And even if they have permission, boys themselves often think that cooking is below them. It’s a “girly” thing to do – an idea which is taught right from childhood.

Sociologist have shown that parents are likely to encourage their sons to engage in competitive play and discourage their daughters from doing so. Instead, parents tend to encourage girls to engage in cooperative, role-playing games. These different play patterns lead to the heightened development of verbal and emotional skills among girls and to increased concern with winning and the establishment of hierarchy among boys. Boys are more likely than girls are to be praised for assertiveness, and girls are more likely than boys are to be rewarded for compliance. This is again a way of enforcing gender stereotypes right from the start of a child’s life.

Society has built a wall between genders. Parents, teachers and other figures in authority typically try to impose their ideas of appropriate gender behavior on children, which in later life leads to gender discrimination. It is common to find that in classrooms, teachers constantly pit boys against the girls in spelling and math contests. These contests are marked by cross-gender antagonism and expression of within-gender solidarity.

This is detrimental for society in multiple ways in the long run. From birth, it is important to break down the gender boundaries by teaching our children that everyone is equal and deserves to be treated with the same humility and respect. The world will truly be a better place. 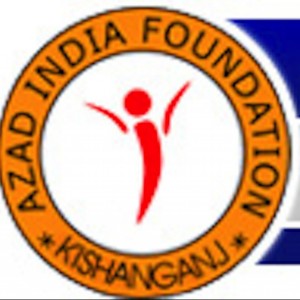