When writing a blog post about how I started training in martial arts after an attack, I became curious about my friends who train at the same club. Why did they step into the dojang that first time, and where has this step taken them? I decided to have a chat with my training partners-in-crime.

Gabriela, Mia and Sabina all started taekwondo at the same time as me. Six years later, the three of them are still at that same club, they are all advanced students, and Mia has even earned her black belt. Three women, all with different backgrounds and motivation. I was curious about their views and thoughts on taekwondo.

Why did you choose taekwondo?

Mia, a 30-year-old nurse and children’s taekwondo trainer, puts it this way: “I had been looking for something with another purpose beyond just getting fit”. To become better in taekwondo, you need to train not only your physical abilities, but also the mental ones. This takes focus off the way your body looks, and instead you start asking yourself what your body can do.

Sabina, a 33-year-old consultant, also brings up how the training is as much about the mental challenges. Physical strength is not enough, you need to also master the techniques. “That thump of a perfectly executed kick, or a plank that breaks when your hand hits it – this makes you feel invincible. You become your own super hero!”, she says.

How have people around you reacted when you tell them you fight for a hobby?

A woman who trains in martial arts is challenging old stereotypes about femininity and macho culture. But when telling others that they do taekwondo, all three have been met with positive curiosity. Older family members might have had some out-dated views on women who fight, but hey – “It’s nice to prove them wrong!” says Gabriela, a mother of two who is often at the club: both her son and daughter also train there.

“Sometimes people are surprised when they see my bruised arms and legs, but for me, the bruises are badges of honor”, says Sabina. “They are a reminder to the world: I might be a calm, almost shy, person, but there is more to it than what you see. Don’t underestimate me!”

What is the most important thing you learned from taekwondo?

When I ask Gabriela, Mia and Sabina what taekwondo has done for them, they all repeat the same key words: pushing your boundaries. Sabina compares taekwondo training to a year of backpacking; a physical and mental adventure that leaves you a new person. All three women stress how much stronger they have become, and how they keep surprising themselves. “It really is an amazing feeling when you push your boundaries beyond what you thought was possible”, Mia says.

You want to try, but don’t know how to get started? Here are a few good tips from the ladies…

Cover photo: Gabriela, Sabina, and Mia have earned their belts through blood, sweat, and tears – and all three agree it’s worth all the hard work. 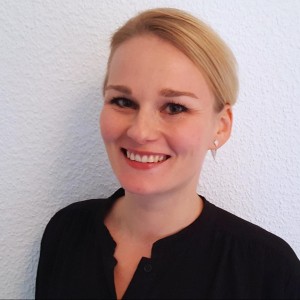 A freelance writer and translator sharing her life between Stockholm and Lisbon. Passionate about stories, food, travels, literature, and equality for all. Utopia: creative writing classes for all children, everywhere. Girl crushes: Beyoncé and Patti Smith. "They thought that they could bury us, but what they didn't see was that we are seeds" - Mexican proverb
View bio and all posts

A Conversation with IPPF: Beyond the Repeal of the Global Gag Rule