Enjoy Sexual Assault for it to be a Crime

Absurd though it may sound, for a sexual assault to be charged as such the perpetrator of the crime must gain sexual pleasure from the victim by doing so. Or so was the logic behind Judge Anuar Gonzales who, on March 28th, exonerated Diego Cruz for the crime of pederasty and, as understood in the sentence, even sexual assault.

Cruz is one of the five men labeled by Mexican society and media as “Los Porkys,” who, on January 2015 in the state of Veracruz, sexually assaulted Daphne Fernández. She was a minor at the time.

Seeing that the criminal system was getting nowhere with the case, Javier Fernández, Daphne’s father, approached these men and recorded their confession. In the tape, they acknowledge their crime and asked for  forgiveness, promising they would not do it again. But, to the Mexican judiciary, the confession was not evidence enough.

Over a year later, Judge González Hemadi acquitted Cruz in a writ of Amparo. In the latter, he stated that “there was not enough evidence on [Cruz’] participation in the crime of pederasty” even when Daphne testified that Cruz, as well as the other men, touched her against her will.

The Judge added that “touching or incidental rubbing, be it in a public or private place, would be considered a sexual act if the element of intent was to satisfy a sexual desire at the expense of the passive subject”. He also added that she was not “helpless,” as she had the opportunity to sit in the front seat of the car of her attackers.

Long story short, if he touched Daphne against her will, but he got no pleasure from it, he would not be guilty.

Cases of rape and sexual assault are always shocking. But that perpetrators would be spared from their actions due to how much economic or social power they possess makes it twice as infuriating.

And as much I would love to say that Mexican authorities started working on the case because it is their duty to do so, it had more to do with exposure to both national and international media. With other people starting to question the flawed Mexican criminal system for favoring power over justice.

It’s no wonder that in Mexico over 90% of sexual assault victims will not report their cases to the authorities, right?

But this slow and flawed justice  system, accompanied by victim-blaming, is not exclusive to Veracruz. We saw it when Andrea Noel’s underwear was pulled down in the middle of the neighborhood of “La Condesa” in Mexico City and had to leave the country after death threats that resulted from tweeting the video of the assault. The culprit is yet to be found.

Even if the contexts of the three cases are completely different, some similarities are shocking. They prove that, even with enough social pressure via mainstream media, justice will be obstructed in the name of powerful males or an inefficient judiciary.

This needs to be stopped.

Today we stand with Daphne against an unfair criminal law and judiciary. We acknowledge her bravery, and we suffer with her the devastating possibility that three (maybe four) of her rapists are likely to be free. But we also fight for the one in every three women in the world who will face physical or sexual violence at some point in their lives.

Weeks ago Mexico failed us all. Let’s not let this happen again. 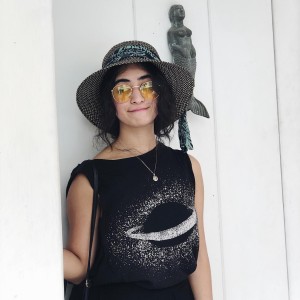