Farmer. I don’t know about you, but when I hear that word, I think of a man.

Or, at least I used to think of a man. Before I went to India, that is. In India, 80% of all rural female workers are in agriculture but due to traditional gender roles they are rarely recognized as farmers. This is no news, but because of severe climate change and male work migration to cities women farmers are now more visible than ever, which creates an urgent need for them actually to be recognized as such.

So, the feminization of farming does not mean that women suddenly start taking part in agriculture work, but rather that they become visible within the agricultural sector. It means that many women across India are now taking care of both their households and their farms, while their husbands move to the cities in order to find another income to make ends meet. It means that women work for 3300 hours, while men work 1860 hours in a crop season. It means that there is an urgent need for women farmers to be recognized in order to be able to maintain a sustainable way of living.

There are a lot of initiatives in India aimed at the empowerment of small farmers. However, they are often formed to fit the average male farmer, which means that they fail to address the specific needs of women farmers. Taking care of the household and the children result in women having less time and opportunity to, for example, take part in farming training and travel to the market to sell their produce. Furthermore, if women are not recognized as farmers in the first place, they will still be overlooked when new projects for farmers’ empowerment are initiated.

Women play a vital role in food production, not only in India, but around the world. However, due to patriarchal structures they do not have equal access to land ownership. In India, 80% of all rural female workers are in agriculture, but only 9.4% own land. We know that if women could improve their economic and social status it generates more productive farms and decreases child malnutrition. If women were to be given equal access to productive resources, they could yield 20-30 % more.

Farmer. I don’t know about you, but when I hear that word I now think of strong women.

In addition to tending to their farms, they are also looking after their children, cooking, cleaning and fetching water and firewood. These women have been discriminated for ages and their skills and knowledge have not been recognized simply because they are women. It has to change. If women farmers are not recognized, if they do not have access to productive resources, if they do not have access to proper education, who will feed the next generation?

The feminization of farming has been going on for decades, and it will most likely continue. Women farmers are the future and there is an urgent need to recognize them as such. Not only in India, but everywhere. 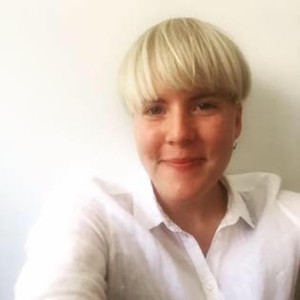