What do Men have to do with Women’s Reproductive Rights?

On his third day in office, President Trump signed the new and worse global gag rule, a restriction on international organizations that receive U.S. global health assistance that blocks them from using their own, non-U.S. funds to provide or refer women to abortion services. And lest we forget: he signed that presidential memorandum with seven men and zero women standing behind him.

The disturbing image of a group of men literally blocking women’s access to abortion conveys the narrative of centuries of men controlling women’s bodies and lives. So, to the question, what do men have to do with women’s reproductive rights, the obvious answer in these political times seems to be: stay out. It might be that we want men to have little or nothing to do with women’s sexual and reproductive health rights.

But would women be better off? Excluding all men from discussions around sexual and reproductive rights is a disservice to women. It keeps the burden for contraception on women. It halts efforts that encourage men to support the reproductive choices of their female partners, and perpetuates a culture in which no man is perceived to be, or engaged to be, an ally in ensuring reproductive rights of all people.

Clearly, men matter in this discussion. There is the obvious point that, in the context of heterosexual relationships, men are half of the human reproductive process. However, they represent only about one-quarter of total contraceptive use, including withdrawal, vasectomy, and male condoms. That proportion has remained virtually unchanged since the 1980s, despite the fact that vasectomy is cheaper and safer than female sterilization. And, while condoms may not be the long-term contraceptive solution for many couples, they have the added protection of STI and HIV prevention.

Here’s the other reason we need men on board: millions of women report not using contraceptives because of their husbands. In 2012, the UN Population Fund (UNFPA), the Gates Foundation and the UK government, among others, created Family Planning 2020 (FP2020), with the goal of reaching 120 million of the world’s poorest women with contraception. At their meeting in London in July, coordinators of the Family Planning 2020 partnership acknowledged they had only achieved about a quarter of their target and that a key obstacle was men’s attitudes toward women’s usage of family planning. Currently, the FP2020 initiative has no target for increasing men’s use of contraceptives. Given the realities of sex and reproduction, we may never achieve a truly equal sharing of the contraceptive burden – but we can do better.

At the very least, donors, governments, and public health agencies need to talk to men about supporting women’s reproductive health. Studies from many of the world’s poorest countries show that many men want more children than their female partners, while in other countries, many men support their wives’ decisions to have fewer children. We cannot rest until that becomes all men.

What about access to safe and legal abortion? Shouldn’t abortion stay in the realm of exclusively women’s decision-making? The answer is a definitive yes. Her body, her decision. In practice, though, many women confide in male partners on this issue. Household surveys coordinated by Promundo in several countries found that between 40% and 90% of women said that they involved a male partner in a decision to have an abortion. We can’t assume this is always a positive involvement on the part of male partners. But we can work to make men’s involvement respectful and supportive. Women and men, boys and girls, of all ages should be educated about contraception and abortion, and why both are critical components of comprehensive health services and rights. In addition, surveys in the U.S. show that men are as likely as women to support keeping abortion legal. Maybe it’s time for those men to speak up.

We need men around the world, from the heads of foreign assistance, to health policymakers, to male partners and husbands to join women and show in their voting, their voices, and their decisions that they stand up every day for women’s reproductive rights. We need fathers and mothers around the world to talk to their children, from early on, in open and feminist ways, about sex, sexuality, gender identity and expression, choice, rights, and contraception. We need men and women to vote for school board members who support comprehensive sexuality education, and speak out against violence against women.

Until every woman in the world has access to modern contraceptives, safe abortion, and bodily autonomy, we all must talk about family planning. At home, in the classroom, and in the halls of power.

Gary Barker is President and CEO of Promundo-US, an NGO that works globally to engage men and boys in gender equality.

Serra Sippel is President of the Center for Health and Gender Equity (CHANGE), a U.S.-based NGO that advocates for the sexual and reproductive health and rights of women and girls globally.

The featured photo for this post was taken as a part of a series for the MenCare+ program in Rwanda, run by RWAMREC, focused in part on promoting discussions on family planning and women’s reproductive rights. 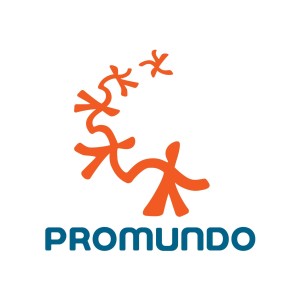 Founded in Brazil in 1997, Promundo works to promote gender equality and create a world free from violence by engaging men and boys in partnership with women and girls. Promundo is a global consortium with members in the United States, Brazil, Portugal, and Democratic Republic of the Congo that collaborate to achieve this mission by conducting cutting-edge research that builds the knowledge base on masculinities and gender equality; developing, evaluating, and scaling up high-impact gender-transformative interventions and programs; and carrying out national and international campaigns and advocacy initiatives to prevent violence and promote gender justice. For more information, see: www.promundoglobal.org
View bio and all posts