In the United States, an estimated 1 in every 5 children has obesity. Children who are obese are more likely to be obese as adults, which can lead to lifelong physical and mental health problems, including increased risk for chronic diseases.

September is Childhood Obesity Awareness Month, which provides an opportunity for communities, health professionals and families to work together to encourage children to eat healthier and be more physically active. Increased physical activity, decreased sedentary time, proper nutrition and adequate sleep can reduce the likelihood of childhood obesity.

Without help, however, obese children will enter their teens and adult years already having experienced decades of poor health. To curb the epidemic of childhood obesity, prevention should begin long before children enter school.

Obesity prevention can start as early as the day a child is born. Breastfeeding is already known to provide many health benefits for mothers and babies, and research shows that breast milk can also be a first defense against childhood obesity.

Breastfed infants indicate when they are hungry and signal when they are full, rather than simply finishing a bottle. Breastfed babies might be better at self-regulating their consumption and learn to eat only as much as they need.

Additionally, breast milk has flavors from foods eaten by the mother, exposing breastfed babies to a variety of new foods and flavors earlier on in life. This could lead to a wider acceptance of new foods later on in life, which can contribute to a healthier diet.

Breastfeeding also has more nutritious effects on babies’ metabolism than formula feeding. Breast milk adjusts over time and provides appropriate amounts of calories and nutrients for infants. However, formulas provide higher levels of fat and protein than an infant might need.

The American Academy of Pediatrics (AAP) recommends exclusive breastfeeding for approximately 6 months with continuation of breastfeeding, in conjunction with appropriate foods for 1 year. This recommendation is also supported by the World Health Institute (WHO) and the Institute of Medicine.

The AAP reports that although there are confounding factors in obesity and breastfeeding correlation studies, there is a 15% to 30% reduction in adolescent and adult obesity rates if individuals were breastfeed at all during infancy.

Researchers have debated on the relationship between breastfeeding and childhood obesity prevention, but studies show breast milk does have significant benefits for both mother and child. As we promote National Childhood Obesity Awareness this month, it is important we also support and encourage breastfeeding as an initial defense against obesity. 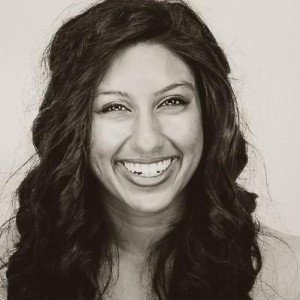