So, we need to talk about the new Snow White movie. I was scrolling through Twitter the other day and came across a huge debate.

I learned that the marketing for the remake of Snow White includes the slogan: “What if Snow White was no longer beautiful and the 7 Dwarfs not so short?” Next to this slogan there are two pictures of Snow White, one of her being tall, skinny and wearing a lot of make up, next to another showing her as short, curvy and without make up. This image shows and sends out the message that being tall, skinny and made up is the same as beautiful. It says that being short, curvy and natural symbolises being ugly.

How can it possibly be okay, in 2017, to suggest that only certain kind of girls are beautiful? And how can it seriously be true that this message is sent out by a movie that will be seen mostly by children? Why is there even a focus on being beautiful at all? Isn’t it more important to teach and encourage girls to be brave enough to be themselves, no matter what?

In the trailer for the movie, we are shown two dwarfs hiding in Snow White’s house and watching her undress. She walks in wearing a tight red dress and high heels. She is tall, skinny and wearing lots of make up, and the dwarfs are totally amazed by her looks. She unzips her dress and takes it off. The dwarfs are about to explode from enthusiasm, until the second she drops the shoes and becomes short, curvy and natural. Then they become disgusted. Not only does is the video an example of body shaming, but it also sexualises the female body in an extreme way that nobody should be exposed to – especially not children.

In society today, girls and young women are taught that our outer-self is more important than our inner one. Not always, but in many cases, looking good in the eyes of others is central to how we are perceived, and how we perceive ourselves. Society teaches us that being skinny is equal with being pretty and achieving a ‘good body’ is central in most young women’s lives.

Studies show that a negative body image in the early years of a woman’s life results in an even worse self-image later on. Finding real and new perspectives and structures for improving the self-image within young women is essential. Another article presents the fact that eating disorders have the highest mortality rate of all mental illness and that these diseases affect almost 30 million people – mostly women – in the United States alone. Knowing this information, how can it possibly be okay to market a movie like Snow White in this bizarre way?

We need to create new and sustainable guidelines in order to make a change. A message like the one Snow White is sending out takes us, in some ways, all the way back to the beginning. For me, it’s almost impossible to understand how in the world the movie industry can be allowed to send out such an awful message in a such an easy way – and to children. Not only could it affect thousands and thousands of girls around the world, but boys too. It will teach boys that a beautiful girl is one who is tall, skinny and wearing make up. It will teach boys that short and curvy girls are less worthy. It is just too easy for a company like this to have an effect on young men and women. But it’s okay. It is just a movie and just for fun, right?

I want to encourage all mothers, fathers, sisters, brothers and friends to talk with kids about these issues. Every adult has to take responsibility for giving children today a wide-open mindset. For teaching kids that all people are valuable, no matter how they look, and that it is the inside that counts. For teaching them that being kind holds a far higher value than being pretty. And for teaching them that Snow White is probably still the nicest princess out there, no matter if she’s skinny or curvy. 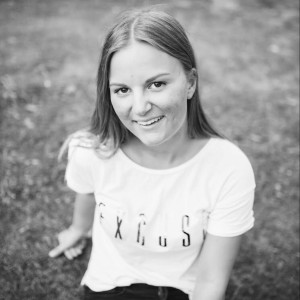 My name is Amanda and I am a soon 20 year old young woman from Sweden. One of my main interests in life is other human beings and their well-being, mostly women and girls. That is why female rights is something I mostly spend my time talking, acting and discussing about and in the future I hope this will represent my daily working life in one way or another. I hope you'll enjoy reading my posts and feel free to leave a comment or use it within discussions. Here is to strong women - May we know them, may we raise them and may we be them.
View bio and all posts