Sin Thi Huong is a rare gem in the bustling mountain town of Sapa, in Northern Vietnam. Ethnic minorities like the Giay and Red Dao live in Sapa, and many women are illiterate and live in poverty. Huong, however, is a 32-year-old Giay woman who has worked as a tour guide for the past six years.

“I can take the opportunity of the work to show and to share about our culture to international guests,” Huong said. “All the guest they come from modern and developed countries; people like to find out [about] what they don’t have and see everyday.”

Huong is not the kind of woman you see everyday in Sapa. She is unmarried with no children and she studied International Economics at the Diplomatic Academy of Vietnam. Speaking English opened the door for her career in tourism – a decision not supported by her family at first.

“People here are less educated, so we think woman [can] only do selling and buying [and] follow tourists to sell handicraft,” Huong said. “Men can be tour guides, because they are more free; they do not have to take care of the children and clean like the women do.”

Co-founders Danielle Johnson and Sarah Deicke are recent college graduates from America who grew up together in Illinois. In November 2016, the 23-year-old entrepreneurs wanted to create a business where women could support other women and explore cultures in comfort.

“Being uncomfortable is a reason why women don’t want to travel,” Danielle said. “That first step, that first trip is very important. We hold your hand if you want us to; we take the fear away.”

Guided MissDirection’s 11-day excursion from Southern to Northern Vietnam features a bamboo boat tour in Halong Bay, zipping through Hanoi on motorcycles, and haggling at street markets in Saigon. Meals and transportation within Vietnam are included, as well as cooking, zumba, and yoga classes with scenic views. Besides sightseeing, forming intercultural relationships is another guarantee when touring with Guided MissDirection.

“We look for [guides] who are willing to share personal information about themselves and their lives in order to connect to the American women we bring,” Sarah said. “For example, Huong not only tells our women stories about what it was like growing up in the mountains as a minority, but she also brings us to her grandparent’s house for a meal.”

Danielle became in awe of Vietnamese culture while studying History at Rollins College. She wrote her thesis on females who served in the Vietnam Conflict. In May 2016, Danielle attended a field study to the country, where she met local woman like Huong – women she later hired for Guided MissDirection.

Sarah and Danielle also spent three months backpacking in Vietnam, Sri Lanka, and Thailand to create their tours and find local female guides. The trip motivated them to make traveling easier for other women.

“It is hard traveling as a solo female,” Danielle explained. “The biggest frustration is having to always be on your guard. We wanted to give women the opportunity to go to places they thought that they couldn’t or wouldn’t be able to go.”

Currently, Danielle and Sarah are finalizing a new 11-day tour to Sri Lanka that will launch in March 2018. So far, the trip includes surfing lessons in Weligama, seeing elephants on a safari in Udawalawe, and volunteering in Galle.

Guided MissDirection has upcoming tours to Vietnam this October, November, and New Year’s Eve. In the future, the travel agency plans to expand their tours to Thailand and Samoa. 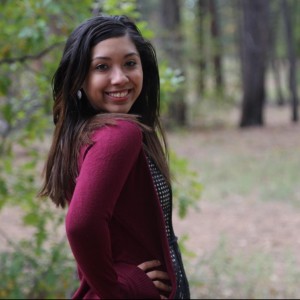 Stephanie is a freelance journalist who reports on women and development, education, and immigration. Taking chances on unique opportunities led her to write for The Independent in London, report on refugees in Phoenix, and teach English in Madrid.
View bio and all posts