His full name is Dr. Jean Jose Nzau Mvuezolo, but everyone calls him Jimmy.He is kind, friendly, and easygoing – the type of person you cannot help but like right away. Jimmy is from the Democratic Republic of Congo (DRC), but now he lives in the US, where he works as deputy director for CARE’s SAFPAC team (SAFPAC stands for ‘supporting access to family planning and post-abortion care’).

SAFPAC currently supports sexual and reproductive health projects in 13 countries, but most activities are focused in three fragile states: DRC, Chad, and Mali. Jimmy agreed to talk with me about the work CARE is doing to train health providers (doctors and community health workers) to respond to cases of sexual violence, which tend to increase in times of crisis, stretching already overburdened and under-resourced health and social service systems.

“Sexual violence happens everywhere. But in places like these, where the government is weak and social structures are destroyed, it is easy to commit all sorts of human rights violations,” Jimmy explained.

“What kind of training do the providers need so they can help sexual violence survivors?” I asked, expecting him to list off a bunch of medical and data management procedures I would not fully understand.

“Basically,” he responded, “they need to understand the concept and accept reality.”

I asked what he meant…

It turns out, some doctors in DRC, Chad, and Mali aren’t much different from powerful men anywhere.

In countries and communities all around the world, women are considered less valuable than men, and men are able to use their higher status to take advantage of women and girls.

Many of the doctors Jimmy talked to were also professors at local medical schools, and saw no problem sleeping with their young students or nurses. The concept of gaining consent was foreign to them, and some thought it was okay to repeatedly approach a woman for sex even after she said no.

They did not see how it would be possible for a woman to be raped by her husband or a sex worker to be raped by anyone, because once one is married or has engaged in sex for pay, they can be assumed to be available for sex at all times. If a woman was assaulted, they immediately wanted to know what she might have done to put herself in that dangerous situation.

‘Sexual harassment’ was believed, by some of the men Jimmy spoke to, to be a Western idea and something that did not exist in Africa.

Now imagine coming to one of these health providers as a rape victim – distressed, hurting, and in need of care. I shudder to think about how such a visit could make an already bad situation so much worse.

So Jimmy and the other CARE facilitators start every training they do with a discussion of power dynamics, and what true consent looks like. Participants are asked to critically reflect on their own attitudes and behaviors toward women in their lives, and how they would feel if someone else treated their mothers, wives, or daughters the same way.

Jimmy described the process as “helping them to understand themselves.” They also talk about the laws in their own countries that prohibit violence and harassment of women, to demonstrate that gender-based violence is not actually a western idea.

Only after several days of reflection and value clarification exercises do the trainings move on to the clinical skills needed for treatment of sexual violence, which are, Jimmy says, “the easy part.”

“These doctors already know how to provide family planning and post-abortion care [from SAFPAC], so it’s not hard to teach them the rest. They should also know where to refer patients for psychosocial support and how to collect evidence for prosecution so the perpetrator can be held accountable.”

So far, Jimmy and his team have offered these trainings to doctors in 152 health facilities and to more than 1000 community health workers. In the future, he hopes to strengthen the referral links between clinical services and law enforcement, and between clinical services and local organizations providing support to victims of gender-based violence.

Jimmy is resolute in his commitment. “We will keep fighting. We have no choice.”

For more on CARE’s SAFPAC project, visit our project page. For more on how you can support CARE’s efforts to fight gender-based violence, visit careaction.org. 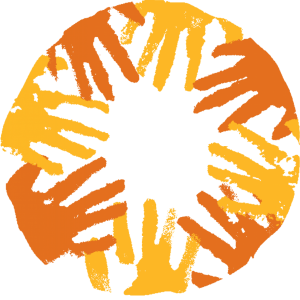 Founded in 1945 with the creation of the CARE Package, CARE is a leading humanitarian organization fighting global poverty. CARE places special focus on working alongside poor girls and women because, equipped with the proper resources, they have the power to lift whole families and entire communities out of poverty.
View bio and all posts