Imagine losing $241,600. What if I told you that this number is the estimated median lifetime loss of income for many survivors of childhood sexual abuse. This disparity is keeping survivors, a significant percentage of our population, from reaching their full economic potential.

Success in the United States is often synonymous with fulfilling the aspiration to earn a six-figure salary, but according to the Institute for Women’s Policy Research, a woman is likely to earn $500,000 less than a male colleague over the course of her career. Even more troubling, 1 in 4 of these women were sexually abused in childhood, leaving them to earn close to $800,000 less than their non-affected male counterparts.

You might wonder why this is so. The answer is that long-term emotional and psychological effects of this childhood trauma directly impact feelings of self-worth, which may translate to an increased risk of dropping out of high school or a lower likelihood of pursuing higher education or applying for better paying positions within the job market.

From a legal perspective, economic damages play a key role in litigation proceedings as they project the impact an individual has experienced financially. Unfortunately, a large percentage of survivors of childhood sexual abuse (CSA) are likely to hide their stories, therefore many will never recuperate this lost income.

* The accuracy of CSA statistics can be contested due to low instances of self-reporting.

While this post aims to highlight the relationship between female survivors of abuse and lost earnings, it would be myopic to neglect the reality of the sexual abuse of 1 in 6 boys, whose incomes can also be affected.

Young adult males who were sexually abused are five times more likely to cause teen pregnancy and make risky sexual decisions as a result of their trauma. As for girls under the age of 18, 4.5 out of 10 pregnant adolescents may have a prior history of CSA. How much does teen pregnancy cost US taxpayers each year? Estimates are as high as $21 billion annually.

In the interest of being fiscally conservative, government-implemented programs seeking to prevent and address instances of violence are often underfunded and grossly understaffed. According to the National Alliance to End Sexual Violence,

In a report published in Economic Impact Study, it is estimated that “the total annual cost of child abuse in the US to be $103.8 billion (in 2007 dollars). The largest cost driver was lost productivity (32%) followed by adult criminality (27%).”

How can we positively influence this phenomenon?

The pay gap is not expected to close until 2152, but we should not have to wait until then for economic justice to be served.

Girls’ Globe is publishing opinions and ideas on tackling gender-based violence from our global network of bloggers and organizations during each of the 16 Days of Activism. We’re also crowdfunding to be able to continue to raise the voices of girls and young women in 2018 – voices like Olivia’s. Donate today and help us to continue building a safer, more equal world. 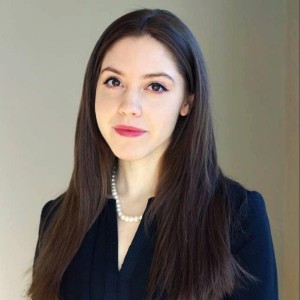 Olivia is a Human Rights Researcher, working in the field of the Advancement of Women. She holds an advisory role at the United Nations, where she monitors the impact of the Sustainable Development Goals to achieve Peace, Justice, and Strong Institutions. Passionate about International Child Protection, Olivia has served as a Social Protection Ambassador for marginalized communities around the world.
View bio and all posts