What #MeToo did in Sweden

Unless you haven’t been on social media or read the news for the past few months, you can’t have missed #MeToo. In Sweden, the campaign was taken from Facebook, Twitter and Instagram and put into practice in the real world, showing that activism on social media can generate actual change in society.

It is now almost 3 months since use of the hashtag peaked on several social platforms globally. Facebook reported that the phrase was used in over 12 million posts in just 24 hours. They also found that in the U.S., almost half of all users had a friend who had used the hashtag.

In the end, the most successful feature of the campaign was that it made a problem visible. #MeToo united women globally, and they all told a version of the same story – they had been subjected to some kind of sexual harassment or abuse. This abuse was no longer surrounded by silence, but rather recognised by people of all genders as a systematic problem in all societies. There were, however, many who doubted the effectiveness of an online campaign. Could a hashtag make a real change in society?

In Sweden, #MeToo quickly took hold of the country and was eagerly reported by media. In the few days after the campaign went viral, women from several different professions organised and collected names and stories of people affected by sexual harassment within their sector. Actors, doctors, chefs and lawyers were just some of the groups that launched their own follow-up campaigns, making the scale of the problem even more apparent.

Soon, several Swedish male celebrities were accused of rape, sexual harassment or misogynistic behaviour, and many of them had to leave their jobs as a result. The culture of silence was breaking down and companies could no longer cover up such accusations. High profile individuals within politics, TV and academia were exposed and removed from their posts, one by one. Power was no longer enough to protect people from the consequences of their actions. Hopefully, this cleanse of misogynistic plutocrats can create space for a more healthy, equal and sustainable culture within all sectors in Sweden and around the world.

But how can we make this change last? Media campaigns come and go and very few make it off the screen and into everyday life. Sexist structures are deeply rooted in most societies, and merely recognising the problem won’t be enough to eliminate it. But it is a step on the way. People can no longer deny the scope of this problem, and awareness is crucial when fighting social issues. Hopefully, grassroots activists will no longer be operating in headwinds. And maybe, Sweden can lead the way in this fight.

A new law that would require explicit sexual consent has been proposed by the Swedish government. TV-personalities have been fired and companies are adopting new policies of dealing with misogynistic behaviour. People are fighting for more thorough legal consequences for perpetrators of sexual harassment. Although we are far from finished, change is happening, and we must act quickly before things go back to ‘normal’. Effective change in society requires everyone to act, and it is crucial to use the energy, anger and hopefulness that has been generated during this campaign.

We have a long way to go, but for me, the #MeToo campaign is a sign of progress and shows what can happen when women unite. After all, this is what Girls’ Globe is about – raising the voices of women and showing that our experiences and voices matter.

Everyone knows someone who has been subjected to sexual harassment. Women have spoken up, the world has listened, and now all of us must act. The internet is powerful, and so are women. The culture of silence has been broken, and so let’s not only hope it stays that way, let’s make sure that it does. Let’s include everyone on that journey – him, her, them, and #metoo. 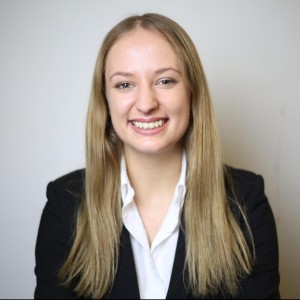 Tilde is currently pursuing a BA of History, Politics & Economics at UCL. Last year she co-founded a project in collaboration with the White Ribbon Alliance that resulted in a documentary series on midwives around the world. In her spare time, she likes to read and write about things that matter to her, especially related to Women's Rights and Gender Equality.
View bio and all posts