Why Do Women Suffer More From Stress?

Statistically, women suffer from depression and anxiety disorders more frequently than men. The only exception to this is social anxiety disorder, which seems to occur in equal numbers regardless of sex. For all other forms of anxiety, including everything from acute stressors to diagnosed anxiety disorders, women tend to be the forerunners.

Anxiety disorders can be debilitating. They can increase the risk of diseases, including heart disease, which kills 17.7 million people globally every year. They can also increase the risk of depression and suicide in people who suffer from them and can prevent people from being able to function on a day-to-day basis. Mental illness can dramatically affect your standard of living.

While we know that women suffer from anxiety more frequently than men, the reasons why are still unclear. It’s most likely that there is a combination of nature and nurture at the heart of it, meaning that some factors are biological and some are environmental. Most studies will not be able to account for all of the influences, but we can consider them from a broad perspective.

Research shows that women tend to have more hormonal fluctuations than men do. Some of the hormones that surge during pregnancy, for example, are correlated with an increased tendency to develop obsessive compulsive disorder (OCD), which is classified as perinatal OCD. Hormonal fluctuations may contribute to an increased level of stress, but they don’t necessarily account for the increased frequency of lifelong anxiety diagnoses in women.

There do appear to be some genetic factors. Based on studies of twins and family records, women are more likely to have stress and anxiety issues. These studies are the best indicators we have that some stress is due to a difference between the sexes and rather than environmental conditions.

A key indicator that environment influences stress is that prevalence differs between cultures. Women in North America have been found to be more stressed than women in other cultures, despite generally having better access to the resources to create what many would consider relatively more comfortable lives for themselves.

This cultural difference could be explained by the fact that stress is often measured by Western standards, so it’s possible this is a false positive result. However, I believe it’s still fair to assume that the environment a person is in can contribute to their stress levels.

Today, most women still perform the majority of the unpaid work at home, despite joining or wanting to join the workforce. Even as more women enter the workforce, they is often an expectation that they will continue to take responsibility for housework.

Of course, it’s a difficult feat to keep up a home and a career without one interfering with the other. Women are also still generally expected to be caretakers – the ones responsible for remembering birthdays and anniversaries, sending out cards and making sure everyone in the family is fed and taken care of.

Many women do attest to having a caretaker mentality, though it’s hard to say if this is innate or created from societal expectations. While every woman is different, the responsibility and expectation can take an emotional toll. And while it’s becoming more common for men to take on the same at-home responsibilities as women, I don’t believe that it is expected of men in the same way.

The mental health gap between men and women may be partially biological, but it doesn’t have to be as wide as it is. Ultimately, working toward a more equitable environment will benefit everyone. 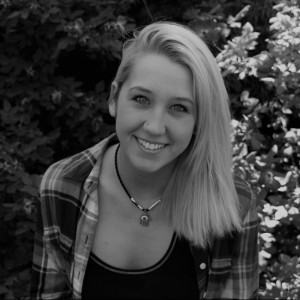 Don’t be Afraid to Say ‘I Have Anxiety’

Self care is Not a Buzzword, It’s a Necessity