When will Menstrual Hygiene be Taken Seriously?

For a long time, poor menstrual hygiene in developing countries has been an insufficiently acknowledged problem. I believe that this is triggered by a lack of courage and insufficient political will to acknowledge the problem.

Zimbabwe is not an exception as little or no proper legislation has been put in place, despite considerable efforts made by pressure groups to bring the issue of menstrual hygiene before the House of the Assembly. It’s absurd that the response has always been negative. Politicians, programmers and policy makers remain reluctant to take this matter into consideration.

In 2014, Irene Zindi – Mutasa South Member of Parliament (MP) – brought the issue of menstrual hygiene before the National Assembly as a motion for debate. Speaking of a conversation with a school teacher, she said, “The teacher highlighted that some girls were using cow dung as sanitary wear. We need to think as government how we can alleviate the problems suffered by women through lack of sanitary wear. Just imagine how cow dung looks and create a graphic image of what our girls go through, 34 years into independence.”

Her words drew a lot of criticism from males within the House of Assembly who felt that the menstrual hygiene problem was not a problem at all, and as a result the motion lost momentum and nothing was done. This highlights that stigma is present even at the law making level, which is ironic in an era where issues of gender equality, and standing up against stigma and discrimination, have supposedly become a focus of our day-to-day lives.

In 2017, Harare West Member of Parliament Jessie Majome was also criticised for her ‘radical advocacy’ for women’s reproductive health by men who remain rooted in patriarchal ideologies that continually sideline menstrual hygiene as a trivial issue that is not relevant in Parliament. Afterwards, women took to the streets of Harare with soiled panties and clothes to demand free sanitary wear. However, amid all of this activism, the prices of sanitary products remain high throughout Zimbabwe – leaving women’s menstrual health in a precarious state.

Jessie Majome also critiqued the fact that legislators remain ignorant about the link between menstrual hygiene and the reproduction health rights of women and girls. She said, “the country is flooded with condoms of all shapes and sizes, yet there is failure to provide sanitary wear which is pivotal for reproductive health.” Her argument highlights that the menstrual hygiene problem is not being taken seriously as a problem at all.

The Zimbabwean problem is further aggravated by the fact that there is only one company manufacturing sanitary wear (Farai). This, in my opinion, is scandalous. If the company closes, the country will have to rely on imports and sanitary wear will become unaffordable for many. There is therefore a need for the government to encourage more companies to manufacture sanitary wear through the availing of funds.

More and more people are speaking up on this issue and putting pressure on the government to take action. This year, at the Zimbabwe Women’s Indaba, a school girl presented the Zimbabwean president Emmerson Mnangangwa with a petition of over 40,000 names calling for the provision of free sanitary wear in public school for the betterment of girls’ education and their well being.

Now women and girls in Zimbabwe are anticipating change regarding the provision of free sanitary wear, but only time will tell whether or not our country’s menstrual hygiene problem will finally be considered a ‘real’ problem! 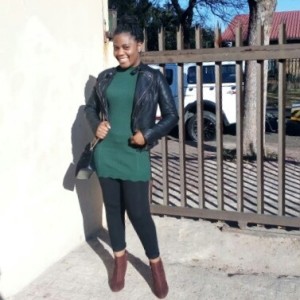