Can we Stop Teenage Pregnancy in Mexico?

If you have ever walked the streets of Mexico, you’ve probably stumbled upon a young girl holding two children while asking for money. This is a pretty common situation, though not one exclusive to the less privileged – teenage pregnancy in Mexico knows no social class.

Mexico has the highest teen pregnancy rate of OECD countries. 32.7 million girls are currently mothers, and 6 out of 10 of those conceived around age 14 as a result of either sexual violence or a lack of access to contraceptives. So what seems to be the problem?

I believe that the problem in Mexico resides primarily in the deep-rooted conservatism that leads to inadequate sex education. Schools and families must implement initiatives so that the consequences of unprotected sex are discussed out in the open. Schools must have qualified personnel available to address these matters with young people from a healthcare perspective.

What happens, though, to those who cannot access a school that can afford to implement quality sex education? Or to girls who don’t even attend school at all, and instead sell gum on the streets?

Poor sex education combined with ambiguous abortion legislation and extreme poverty generate a devastating outcome for our teenage girls. Even though there are many initiatives designed to address teen pregnancy, clearly there is a lot more to do. Not only do we have the highest teen pregnancy rate, according to the United Nations Population Fund, Latin America is the only region in the world with an ascending trend in teenage pregnancy.

There is another side of the coin and teenage pregnancy can sometimes, of course, be planned and wanted. The Sexual and Reproductive Health Report generated by the National Council of Population (CONAPO) reveals a statistic that shocked me: in 2014, half of pregnant women between the ages of 15 and 19 claimed theirs was a planned pregnancy, even though they were under 20 years old. So is teenage pregnancy still a problem in this particular situation?

In many small towns in Mexico, there aren’t real opportunities for young girls. In some places there isn’t even a middle school, and so without the possibility of education young girls can see becoming pregnant as the next step in their lives. On top of that, in some communities, women with children are perceived as more valuable than those without.

Another important factor to take into account is Mexico’s high rate of domestic violence. I believe this can affect the choices of young girls who live within troubled households as they want to create a family of their own where they can love and be loved.

Teenage pregnancy often results in unfinished education and this leads to limited job opportunities, and a snowball effect begins for girls, their families and whole communities. Pregnancy at an early age can also have a negative physical effect on the human body.

We must demand that our government allocates more funding to sexual and reproductive education, regardless of our own economic and social situation or whether it affects us directly or not. We need to contribute to a more equal society where our status as women is not determined by motherhood. Most importantly, Mexican parents need to stop being embarrassed addressing sex and contraception with their children, as it is fundamental that sexual education starts at home.

We must take care of our girls so their childhood and teenage years are not shadowed by unplanned motherhood. 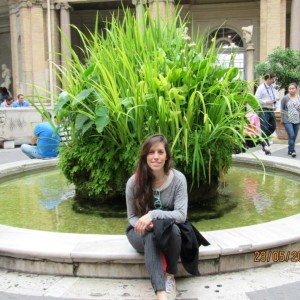