Every year on May 28, Menstrual Hygiene Day  is celebrated across the world in order to break the silence and build awareness about the fundamental role that menstrual hygiene management (MHM) plays in enabling menstruating people to reach their full potential.

“I agree that we should provide girls with specific rooms to change in case menstruation starts and she isn’t prepared. These rooms should also have clean water, menstrual towels and pain killers,” said the Ugandan Minister of State for Higher Education – Dr John Chrysostom Muyingo. The remark was greeted with thunderous claps and ululations, especially when the minister added that the Government of Uganda is in total support of the move.

It is clear why these comments were received with such excitement. According to a Meniscus report by the Bio Medical Centre, school absence in Uganda is reported at 28% during period-days, compared with 7% in non-period days. During a presentation by the Honourable Sylvia Akello – the female Member of Parliament for Otuke District – it was stated that a Meniscus report from UNICEF shows that 98% of schools checked had pit latrines but only 2% had pad disposal bins. A WaterAid report carried out in over 30 districts and 5 regions showed that only 40% of the schools studied had hand washing facilities and only 30% of those had soap available.

While most Ugandan girls will get their period when they reach puberty, not all of them will have adequate access to the menstrual health supplies, sanitary facilities and information to enable them deal with it effectively. In Uganda, one in every four adolescent girls who miss school do so because of menstruation-related problems (Adolescent Risk Behavior Study, 2017).

With each Menstrual Hygiene Management symposium, the agenda of empowering girls through proper menstrual hygiene is furthered and this year’s event continued the growth in spectacular fashion. The minister highlighted where he feels the government is doing well, for example, in empowering Ugandan girls by teaching them how to make reusable and eco-friendly sanitary towels. In his official opening of the symposium, he cautioned the public against thinking that menstruation is only an issue for females and argued that such thinking is archaic and outdated.

However, amidst all the positives, the Minister noted that the government does not have enough money to implement all of the necessary action, and passed some of the responsibility back to civil society. As far as we can see, it would have been better if the government had put MHM at the forefront of their priorities, as it did with access to condoms years ago. There was a condom brand called ‘Engabu’ (now replaced by the ‘Hot Pink’ brand), which aimed to curb unplanned pregnancies, HIV/AIDS and other STDs. It is from this that the common argument arises: menstrual pads should be distributed as freely as or even more freely than condoms, because sex is a choice and menstruation is not.

The move to curb HIV and unplanned pregnancies has worked excellently, and it is about time the government invested similar efforts into bettering the health of girls. We are pleased to hear the government supporting civil society to go out and and lend a helping hand to girls, especially in schools, but we also want to see an adjusted budget so that this process can go more smoothly.

The minister’s speech reiterated the Ugandan government’s full support towards realizing and implementing the Menstrual Hygiene Management Charter (2015). In our opinion, this is something that needs to happen urgently, because as the Honourable Sylvia Akello stated, improvement of girls’ menstrual hygiene improves general health and could reduce the spread of other diseases by as much as 54%. When you think of it that way, improved menstrual hygiene is a health gold mine we are sitting on. 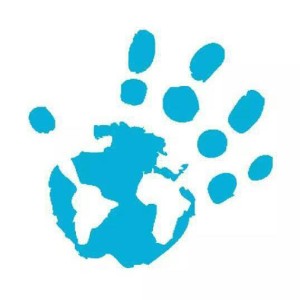