In the same week as Brett Kavanaugh’s sexual assault case, Nadia Murad and Denis Mukwege were awarded the Nobel Peace prize in recognition of their efforts to end sexual violence as a weapon of war and armed conflict.

Sexual violence in warfare is not random – it is a tactic, and the reality of that is terrifying. Countless communities have been destroyed across the world and the perpetrators often walk free. But Nadia Murad and Dr Denis Mukwege are examples of those who cannot and will not stay silent on this issue.

Nadia Murad grew up in the Sinjar region of Northern Iraq, which was attacked and occupied by Isis in 2014. The people of the region – the Yazidi – have been very heavily persecuted.

Nadia’s commitment and determination to spreading awareness of sexual violence in warfare comes from her own incredibly harrowing experience.

She was captured by Isis and kept as a sex slave. However, she managed to escape, and despite everything she is determined to tell her story. Even though it means she has to relive the trauma of her experience, she continues to show her face to the world:

“Whereas the majority of women who escaped refused to be named, Ms. Murad insisted that she be identified and photographed, and her advocacy helped to persuade the United States State Department to recognize the genocide of her people at the hands of the terrorist group,” reported the New York Times.

By doing this, she is showing that she has not only survived, but is now a voice and champion for many women who have suffered like her. Yazidi people deserve a voice, women deserve a voice and Nadia Murad is yelling out to make her voice heard. Nadia is the second youngest recipient of the award – Malala Yousafzai was only 17 when she received it in 2014.

In her autobiography, The Last Girl: My Story of Captivity, and My Fight Against the Islamic State, Murad writes: “I want to be the last girl in the world with a story like mine.”

Dr Denis Mukwege is a gynaecologist specialising in treating women who have been victims of rape in Democratic Republic of Congo – a country which has endured decades of violence and conflict. In 2012, during a speech at the UN, Dr Mukwege criticised the government of DR Congo for not doing enough to stop what he described as “an unjust war that has used violence against women and rape as a strategy of war.”

Only a month later, he was targeted by gunmen in his home, and subsequently fled to Europe. It was only after a group of Congolese women raised funds to pay for his return trip home that Dr Mukwege retuned to DR Congo.

“After that gesture, I couldn’t really say no. And also, I am myself determined to help fight these atrocities, this violence….My life has had to change, since returning. I now live at the hospital and I take a number of security precautions, so I have lost some of my freedom,” he told the BBC 2013.

According to Dr Mukwege, sexual violence in war and armed conflict is “not a women question; it’s a humanity question, and men have to take responsibility to end it…It’s not an Africa problem. In Bosnia, Syria, Liberia, Colombia, you have the same thing.”

To end sexual violence we need more men like Dr Mukwege – his skill and care in what he does has changed the lives of so many.

It is clear that once he saw the horrors and atrocities being committed he could not forget them. But we need more men in his position, and higher, who want to stop this. You should not have to see the trauma first hand to know that sexual violence as a tool of war has to be stopped.

Nadia Murad and Denis Mukwege have achieved so much already, and having their amazing work and bravery acknowledged is a significant step forward. 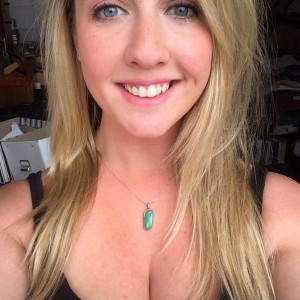 Lucy is a politics graduate of Newcastle University and The University of Hong Kong living in Edinburgh. She is passionate about refugee rights and mental health, which has lead to her being involved in projects with these issues in Scotland and all over the world. Find her on Instagram @loosmall
View bio and all posts