Tip of the Iceberg: Sexual Violence in Mexico

She wrote about being drugged by a classmate from the Universidad Autónoma de Guadalajara (UAG) in a local bar. The story has gone viral and has helped other victims of sexual violence and assault to talk about their experiences. Here’s a translation of what Renata wrote:

“After a long time, I’ve finally decided to talk about a terrible experience I had. I’ve decided to speak to avoid things like this happening in the future, so we can be wary, and to remind us that nobody is exempt from experiences like this.

It was a Friday and me and some classmates decided to go to a bar and have some drinks. Just a regular casual night with my school friends.

The night started. Everything seemed normal. One of the girls (Mónica Coral Zamudio Astorga) wanted to take some pictures in the restroom mirror and asked us to go with her. No problem, we do this all the time. Aarón Fabián (potential rapist) and another male friend waited for us at our table. Aarón was one of the most benevolent guys I’d ever met. He wouldn’t hurt a fly. He was the best student of our medicine class. I never felt anything but trust towards him.

The thing is that Aarón had previously talked with Mónica and plotted to distract me so he could pour a drug in my drink. Meanwhile, in the restroom, we took some pictures, chatted for a while and went back.

Mónica insisted on putting a straw in my drink to ‘avoid confusion’. She knew about the drug and didn’t want to accidentally drink from my glass. Aarón started to act very weirdly, urging me to drink and putting my glass in my face.

Within minutes I started to feel extremely hot like never before. My hair felt like fire when it touched my back. I wanted to tear my clothes off. My mind was so numb I could barely tie my hair to ease the heat. I was in despair, so I asked my guardian angel Carolina to call an Uber and escort me home.

As Carolina told the rest of the group we were leaving, Aarón immediately insisted on taking me home but Carolina told him the Uber was on its way. As soon as I stepped out of the bar I was so disoriented. I could barely stand and I wanted to puke.

When the Uber arrived, Aarón stepped into the vehicle insisting he wanted to make sure I would be ok. During the trip, Aarón tried to get close to me and asked Carolina to go to his home instead, as it was closer, but she told him that my parents would be waiting for me. And as we got to my home, he insisted on carry me upstairs to my room, but Carolina dismissed him, took my shoes off and led me to my room.

We thought it was someone working on the bar who had put something my drink, as we never thought one of our classmates would do that to any of us.

Some days later, a friend called me. He said he wanted to tell me something, and that he just found out something very important. He told me about how Aarón and Mónica had plotted to drug me so he could rape me.

When I finally gathered strength to confront Aarón, he was so casual about it. “It was just a little push, Renata.” He made it clear that he thought there was something between us and the only thing missing was a little spark to light up “our thing”.

Fortunately, I’m safe. He couldn’t abuse me. But things like this happen everyday, and sadly not every victim is as lucky as I am. We always think a rapist is some random dude in a dark alley, not a close person, not a friend.

Lastly, think about this: Aarón will be a doctor someday. What if you take your daughter for a checkup with him? What if someday he is a powerful man? He now walks free, as if nothing happened. #MeToo”

One Twitter user, who has been following the story since the beginning, has been urging other victims to tell their stories and to demand answers. By now, several national media outlets have already covered Renata’s story and tried to contact a representative of the university, but they have remained adamantly silent about it.

All sort of stories have emerged. Teachers blackmailing their female students, systemic harassment towards openly gay students, silencing ‘progressive’ conferences and topics, constant misogynistic ‘hall chat’ with no consequences, and discrimination and silencing of non-catholic students, just to name a few.

It’s been almost a month now, and the university has not only gone completely silent regarding any of the accusations, but they have also locked their social media accounts and blocked anyone who mentions the topic on those platforms.

Students have tried asking for answers personally, but the UAG’s stance has been to protect Aarón – he is one of their most brilliant students. As time passes, up to 150 accusations from different women have been gathered.

Some people have pointed out that misogyny has been present in the UAG since its foundation. This school was founded by Antonio Leaño Alvarez del Castillo in 1935, as the result of religious and political differences within the government’s stance to make all public education socialist and non-religious.

As a renowned ultra-catholic businessman, Álvarez was a prominent figure in Mexico’s politics. It was during Vicente Fox’s presidency when Álvarez’s power and influence skyrocketed. Vicente Fox was a member of Partido Acción Nacional, a right-wing party in Mexico, and during Fox’s presidency Álvarez funded the rebirth of El Yunque (The Anvil) – an extreme right-wing  group that praises Nazi and Cristero ideologies alike.

In 2016, a new branch of El Yunque called National Front for the Family was created to lobby, rally and vote against policies like abortion, reproductive rights, same sex marriage and sexual education in public elementary schools. I believe this is extremely relevant to Renata’s story, as UAG directives share the same repressive ideology as these groups.

Take a look at these examples from the UAG Internal Conduct Code:

Renata’s story is just the tip of the iceberg when it comes to sexual violence in Mexico.

The fact that the UAG has opted to remain silent while they wait for people to forget about this issue makes it clear that they aren’t willing to act against the aggressors.

In a country like Mexico, where more than two women are murdered daily, remaining passive against sexual violence can only mean complicity at best. Women are killed and raped because there are no consequences, and because men can get away with actions like Aarón’s – safe in the knowledge that institutions care more about their grades than their abhorrent behavior.

To learn more, you can check out this Change.org petition and #AbusoEnLaUAG. 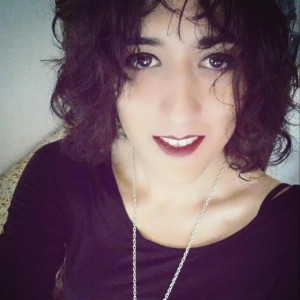 Transgender woman living in Mexico City. Vegan, feminist and LGBTI activist. She is a graphic designer and animator with 12 years of experience.
View bio and all posts